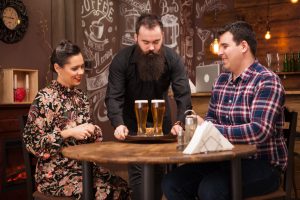 IIDs Required for All Repeat Offenders

While up until recently, the requirement of an ignition interlock device was mainly at the judge’s discretion, Senate Bill 1046 now requires all repeat DUI offenders to have an IID installed in their vehicles. Authorities hope this move will greatly reduce the rate of three, four and five-time repeat offenders in the state.

For First-Time DUI, an Alternative to License Suspension

Before January 1, a first-time DUI conviction meant an automatic restriction of your driver’s license. Since most people in the state rely heavily on their vehicles to get to work and school—especially in areas without a robust public transportation system—a DUI conviction could put drivers under duress. One might think the fear of license suspension alone would be enough to deter people from DUI, the recent record numbers of DUI arrests suggest even these stringent rules haven’t been enough of a deterrent.

With the expanded IID program, first-time offenders now have the option of installing an IID on a restricted license as an alternative to license suspension. Not only will this move help many Californians maintain their normal routines (and keep their jobs), but authorities expect it to reduce the number of second offenses, as well as the number of people driving with suspended licenses.

Since S.B. 1046 represents a significant overhaul of the DUI enforcement system, many southern Californians will notice the difference especially if they have been through previous DUI arrests. However, for drivers in Los Angeles County, it should basically be business as usual. L.A. County has been implementing an expanded IID program since 2010 as one of four pilot counties to test it. (The other three are Sacramento, Alameda and Tulare Counties.)

What About Drug DUI?

Since an ignition interlock device only measures blood-alcohol content, it is of little use in measuring drug levels in the blood stream. For that reason, the new law generally won’t apply to those convicted of drug-related DUI. For these defendants, judges will likely require a license suspension on the first offense, just as before.

What About the Cost?

While an ignition interlock device might seem like an advanced (and expensive) technology, the cost of using one is more affordable than you might think. A typical IID costs between $70 and $150 to install, then between $60 and $80 per month to maintain. For low-income individuals who qualify, the new law implements a provision that reduces this cost to about $10 per month, so compliance with the law is not cost-prohibitive.

How Long Will I Need the IID?

The length of time a driver must use the IID depends on the offense. The law provides as follows:

What About Those Who Cheat the System?

Ignition interlock devices are not completely foolproof. They are not yet sophisticated enough to know who is blowing into them, which means a driver can technically bypass the system by having a passenger blow into the device. That said, IIDs do have a couple of features that may serve as a deterrent for all but the most determined cheaters:

1. IIDs require a retest every 15-30 minutes while the car is running. The driver must continue to blow below the BAC threshold of 0.04 throughout the trip; violations will be logged for future reference. Most drivers will be unwilling to switch places with passengers repeatedly in order to trick the IID.

2. The IIDs keeps a trail of data. The device records every instance of alcohol content violations, as well as other inconsistencies. Authorities will download this data periodically to see whether the driver is complying with the rules. Any evidence of tampering is grounds for reinstatement of the license suspension. Thus, for most drivers, tampering with the IID will simply not be worth it.

As dependent as Californians are on their vehicles, our state is in prime position to benefit from an expanded IID law. With an estimated 310,000 California drivers having three or more DUI offenses, any deterrent that might help reduce those numbers is welcome news. In addition, the introduction of IIDs as an alternative to license suspension may help many California drivers avoid unnecessary hardship due to a lapse in judgment. If you are facing a DUI charge, let us help you understand your options. Call our offices today for a free case evaluation.