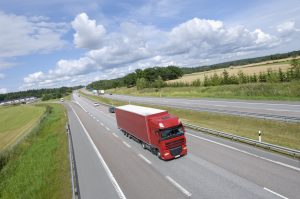 So how can you tell whether you’re safe to drive while taking a prescription given by your doctor? There are no easy answers, in part because prescriptions can have very different effects on different people—not to mention many people take more than one prescription, and there are myriad ways those drugs might interact. That said, let’s take a look at a few of the more common types or “families” of medications and discuss how they may affect your driving.

Antihistamines and related allergy medications are perhaps the most common culprits when it comes to impairing a person’s driving ability. Antihistamines are prescribed to treat a variety of allergic reactions ranging from hayfever and asthma to eczema and hives, as well as bee stings, etc. Most of these medications are known to cause temporary drowsiness, affecting your ability to focus and sometimes even causing you to fall asleep at the wheel.

Most over-the-counter pain medications (e.g., NSAIDs or acetaminophen) will not cause drowsiness, but when a doctor prescribes pain meds, it usually contains some form of narcotic like codeine, Demerol or fentanyl. Narcotics can cause a number of side effects that may impair driving, including drowsiness, dizziness, lightheadedness, etc. In some cases, these drugs may also affect decision making abilities.

Again, most over-the-counter decongestants (especially those containing phenylephrine) generally do not cause drowsiness. However, in higher doses, pseudoephedrine can cause drowsiness and/or dizziness in some people. If your doctor prescribes a decongestant that doesn’t specifically warn you of possible drowsiness, avoid getting behind the wheel until you know how it affects you.

For persistent or severe coughs, your doctor might prescribe a stronger cough suppressant than may be sold over-the-counter. The danger from a driving standpoint: these cough medications frequently contain either or codeine (or both), which can make you drowsy or intoxicated. Certain over-the-counter cough syrups also contain alcohol, so taking too much of these may actually put you over the BAC limit.

Prescriptions given to treat anxiety and sleep disorders come from a family of drugs that affect the nervous system. Valium (diazepam) is one of the more commonly prescribed tranquilizers, along with Xanax, Ativan and others. Aside from the obvious side effect of drowsiness, these drugs can cause other impairing effects, including muscle weakness, fatigue, dizziness, and in some cases an inability to control muscle movements. Any of these side effects could cause you to drive dangerously.

Antidepressants can be tricky because they are designed to affect certain chemical levels in the brain, and therefore they affect different people in different ways. Thus, it’s difficult to predict whether a particular antidepressant will affect one’s driving ability until they’ve taken it for a bit of time. The most common impairment-level side effect is drowsiness, but they can also do cause any of the following:

Antidepressants can also affect the logical part of the brain, causing you to make decisions you wouldn’t normally make. Any of these side-effects could make driving dangerous.

Another complication to consider: Even if your prescription doesn’t specifically include warnings against driving or operating machinery, many drugs interact with alcohol or other prescription medications to cause additional side effects. Your decongestant might not cause drowsiness on its own, for example, but taking it with a beer or a glass of wine certainly might.

With many hundreds of prescription drugs available in varying doses and millions of combinations, we can obviously only scratch the surface in discussing how these drugs might affect your driving. Miscalculating, underestimating or simply forgetting to consider the effects of your prescription medication could still result in a DUI arrest—or worse, an accident. Some tips to help you stay within the “safe” zone:

• Always read the warning labels. If your prescription doesn’t specifically warn you about possible impairments, ask your pharmacist to be certain of the risks.
• Ask your doctor about interactions. Make sure your physician knows about any other prescriptions or over-the-counter meds you’re taking.
• Use caution with alcohol. If you’re uncertain whether it will interact with your prescription, ask your doctor or err on the side of caution.
• Avoid getting behind the wheel at first when starting a new medication. Take some extra time to evaluate how the drug affects you before getting behind the wheel.
• When in doubt, let someone else drive.

Remember, your ultimate goal is not just to avoid a potential DUI, but to keep yourself safe as well as others whenever operating a vehicle. If you find yourself facing DUI charges over prescription drug use and need skilled legal representation, we are here to help. Call our offices today for a free case evaluation.