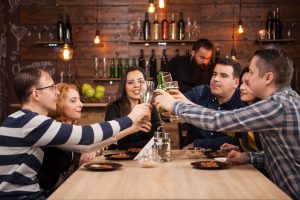 Here in California, motorcycles have become a highly popular alternative to driving an automobile. Some people use them for their work commutes because of their fuel efficiency and ability to navigate through heavy traffic. Others use them simply because they are fun to ride. Unfortunately, some people also ride motorcycles while under the influence of drugs or alcohol, perhaps assuming they are good to drive, or that the DUI laws don’t apply in the same way to motorcycles as to other vehicles. Many times, the decision to ride under these conditions can be deadly. If you own a motorcycle or are thinking of buying one, let’s discuss what you need to know about motorcycle DUIs in California.

The Same DUI Laws Apply to Motorcycles as to Other Vehicles

Under California Vehicle Code 23152, it is illegal to operate any vehicle while under the influence of alcohol or drugs. The law further defines a vehicle as “a device by which any person or property may be propelled, moved, or drawn upon a highway, excepting a device moved exclusively by human power or used exclusively upon stationary rails or tracks.” Under this definition, a motorcycle is considered a motor vehicle in California, and the DUI laws apply in the exact same manner as driving an automobile. What does this mean for you as a motorcyclist?

• An officer can pull you over for probable cause.
• An officer doesn’t need to prove DUI in order to arrest you; he/she only needs probable cause to suspect it.
• A first DUI conviction on a motorcycle can result in license suspension, fines up to $1000, and up to 6 months in jail.
• A second or third motorcycle DUI conviction can result in fines up to $1000, up to a year in jail and a two-year license suspension.
• If someone is injured or killed due to your DUI, you could face additional felony charges and lengthy prison times.

In short, if you’re riding a motorcycle in California, the state views it the same as if you were driving an automobile when it comes to DUI laws. Some people assume DUI rules are different for motorcycles because they are capable of causing less damage or injury to others, but this assumption is incorrect.

The IID Option Does Not Currently Apply to Motorcycles

One significant difference in the way California handles motorcycle DUI as opposed to automobiles is that there is no current provision for interlock ignition devices (IID) on motorcycles. For several years, some judges have required the installation of IIDs on vehicles for repeat DUI offenses; this year, the state expanded its IID option to allow first-time offenders to install them as an alternative to losing their ability to drive. However, IIDs present some complications when installed on motorcycles, so the state has not yet certified an IID it considers effective for motorcycle use. While this provision may change in coming years, for now, motorcyclists aren’t given the option of installing an IID if convicted of DUI.

Aside from DUI checkpoints, a police officer generally must find some sort of “probable cause” to stop a vehicle on suspicion of DUI. For automobiles and motorcycles alike, suspicious behaviors may include speeding, weaving, failing to stay in one’s lane, failure to signal a turn, “rolling stops,” etc. Once the officer has stopped you, he is trained to look for additional signs of DUI such as slurred speech, lack of coordination or concentration, etc.

However, with motorcycle riders, police have more opportunities to find “probable cause” than automobile drivers, in part because the motorcyclist’s behavior is easier to see. In addition to all the warning signs above, an officer may suspect a you of motorcycle DUI if:

Rates of DUI, Injury and Death Are Higher for Motorcyclists

While California law treats motorcyclists effectively the same as automobile drivers when it comes to DUI, the most significant difference is the increased risk to the motorcyclists themselves. The rate of motorcycle fatalities in America has risen steadily over the past 22 years—more than doubling between 1997 and 2018. While motorcycles account for only 3 percent of roadway traffic, they also account for up to 14 percent of traffic fatalities. And among traffic fatalities involving DUI, motorcycles have the largest share, at 28 percent (compared to 23 percent for automobiles).

If these numbers seem sobering, California motorcycle fatality rates are even worse than the national averages, especially in southern California. Our state ranks in the top 15 nationwide for motorcycle fatalities, with motorcycles accounting for 15.1. percent of traffic fatalities statewide. Alcohol and drug abuse are both considered significant contributors these higher numbers, along with other factors like the fact that “lane splitting” and weaving through traffic are legal for motorcyclists in the state.

What It Means for You

If you choose to ride a motorcycle in California, you’re already placing yourself at a greater risk for personal injury or death, statistically speaking. If you choose to ride DUI, the risks increase exponentially. The State of California treats you the same as if you were driving a car, with the exception that you won’t have the option of getting a reduced penalty with an IID—plus, officers may be able to spot you more easily. And even though you may at least less capable of causing injury or death to others, you are far more capable of causing injury or death to yourself. Regardless of whether you get caught—just one ride on a motorcycle under the influence could be the last ride you ever take.

If you have been recently arrested on motorcycle DUI charges, we can help with effective legal representation. For a free first consultation, call our offices today.