Los Angeles DUI checkpoints have their critics. For instance, the American Beverage Institute complains that checkpoints lead more often to frivolous citations – police cite drivers who don’t have their licenses or who have broken taillights – than they do to stopping dangerous drivers. The ABI is actually far more fond of saturation patrols, also known as roving patrols. The ABI loves to cite a 2007 Virginia Tech study that found that roving patrols are almost 25 times more likely than checkpoints to nab DUI drivers. 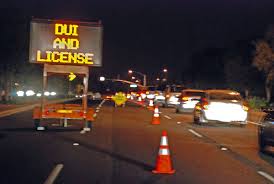 Even if the American Beverage Institute’s analysis holds water — and the 2007 study could be replicated and confirmed here in Los Angeles — that doesn’t mean that police will (or should) suspend checkpoints. After all, one of the arguments for checkpoints is that they act as a deterrent. When drivers get behind the wheel, they know that checkpoints are out there “somewhere,” lurking. This fact may encourage drivers who are on the fence about whether to drive after drinking to make the smart choice and call a cab or a designated driver. Advocates of checkpoints argue that they’re also safe and relatively easy for police to run.

Instead, you want crystal clear, insightful guidance about how to fight your charges and move on with your life. Look to the Los Angeles DUI defense team at the Kraut Law Group. We can help you get a grip on the charges you face and develop a plan of action to take them on.