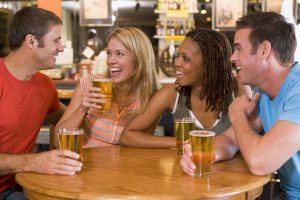 • If your arresting officer discovers you are undocumented, he/she may report you directly to ICE. An agent may even come to the station to interview you before you are released.
• Your criminal case will be input into a database shared by multiple agencies, including ICE. If an immigration officer notices your arrest, ICE may ask the police to detain you until they come and interview you.
• Even after your release from custody, or after your case is resolved, ICE may be alerted by scanning court records. You could get a visit from an agent even weeks or months later.

It used to be that ICE focused its primary resources toward undocumented immigrants who posed the highest threat to public safety. Undocumented immigrants were ranked “high priority” and “low priority;” those belonging to known terrorist organizations were given the highest priority for deportation, followed by those with a criminal record. However, in 2017, President Trump signed an executive order that essentially gave equal priority for deportation across multiple categories, including vaguely worded categories as those who “committed acts that constitute a chargeable criminal offense” or who “pose a risk to public safety or national security.” Thus, at this time, any known undocumented immigrant may be subjectively categorized as high risk by an immigration officer.

Deportation Is Still Not a Guarantee

Being arrested while undocumented does put you at higher risk of deportation, but getting a DUI does not automatically mean you’ll be deported. Despite the current administration’s crackdown, the deportation process is still costly and time-consuming, and ICE doesn’t have the resources to deport every undocumented immigrant it finds. A simple DUI may not be enough to convince the agent to enter you into the removal process, and you may be allowed to go home after being interviewed. Even if removal proceedings begin, they could be halted before you are deported.

We should also make the distinction that in most cases, DUI in itself is not a deportable offense. If you’re deported, it won’t be directly because of your DUI—it will be because you’re in the country unlawfully. The complication lies in the fact that ICE has been alerted to your presence in the country unlawfully because of your DUI arrest or conviction, and that reality makes deportation a possibility. You have no guarantees either way.

What About Immigrants with Visas or Green Cards?

Immigrants who have entered the country lawfully on a visa, or who have obtained a green card as an alien resident, have a few more protections when it comes to DUI. In most cases, a single DUI arrest or conviction won’t carry any adverse effect on your immigration status. However, in certain circumstances, a DUI charge may be escalated into the category of a “deportable offense” (one that causes your visa or green card to be revoked) or an “inadmissible offense” (one that disqualifies you from obtaining a visa or green card). Specifically, your DUI charge could put your immigration status in jeopardy if:

• Your DUI is drug-related;
• You have had multiple prior DUI convictions;
• You have prior convictions for other criminal offenses, particularly those involving violence or controlled substances; or
• Your DUI involves child endangerment.

What Might Reduce My Risk of Deportation after a DUI Arrest?

Whether you’re an undocumented immigrant or one having legal status, if you are arrested for DUI, your best defense against the deportation process is a clean record. Hire an experienced attorney to help you mount a defense against the charge so it hopefully does not result in a criminal conviction. If you have served your penalty for a prior DUI, explore your options for getting the charge expunged from your record. A criminal record still puts you at higher risk for deportation, and a clean record still reduces your risk. In addition, if you are undocumented and find yourself in the legal system with a DUI charge, you’d be wise to hire both a DUI attorney and an immigration attorney—one to help you deal with your criminal charge and the other to help with the immigration side.

If you are facing a DUI charge, we can help. Call our offices today for a case evaluation.