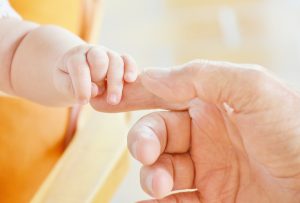 As parents, we love our children and never want to see them hurt. If a child is injured due to an accident, we naturally feel a sense of guilt and worry. But if an innocent accident somehow leads to false accusations of domestic violence or child abuse, it can be nothing less than devastating.

Unfortunately, it’s a reality that many parents fear and face. California law holds parents and guardians responsible for the safe care of children, and whether due to a misunderstanding, circumstantial evidence, or even a vindictive partner—sometimes, an unfortunate accident can become complicated with criminal charges.

If this has happened to you, it’s easy to feel completely helpless and without recourse—especially considering how the law tends to lean toward proactive protection of domestic violence victims. You may find yourself slapped with a protective order, forcing you to leave your home. You might have your custody and/or visitation rights temporarily suspended.

The good news is, as serious as the situation may seem, you’re not without hope. Let’s dig deeper into this issue, discuss how and why it can happen, and talk about some practical steps you can take to regain control of this situation and make sure your rights are protected amid false accusations of domestic violence.

Ways that an Accident Can Be Misconstrued as Violence or Abuse

Because we as adults are held legally responsible for protecting our kids, the first thing to realize is that any injury accident happening to a child has the potential to arouse suspicion—because it suggests on its face that whoever was responsible for protecting the child failed to do so. This may or may not be the case, of course, but it is often the default assumption. Let’s talk about some ways that a child’s injury could result in false accusations against you.

If first responders (including police) come to your home in response to a 911 call and they find a child injured, they may look at the environment and the circumstances with a suspicious eye. For example, if the accident happened on your watch and nobody else was present in the home at the time, it can appear as though you were alone with your child—which may lead to questions about whether child abuse or child endangerment occurred. If law enforcement believes they have probable cause, they may arrest you and charge you incorrectly.

If your child goes to the emergency room and the physicians see any reason to suspect that the injury was caused by abuse, they have a legal obligation to report it to the authorities. Depending on the situation, this could lead to an investigation and/or a false charge of domestic violence.

It’s also possible for you to be falsely accused by someone close to you–for example, if an ex-partner wants to use the legal system as leverage in a custody dispute, or a family member is feeling resentful. If a child is accidentally injured, it could present a convenient opportunity for that person to accuse you of domestic violence (often with the agenda of getting your custody rights revoked). This can make the situation even more difficult to navigate, as sometimes these individuals will be taken seriously by law enforcement even if a subsequent investigation reveals that their accusations were false.

What to Do if You’re Falsely Accused

It’s important to remember that you are innocent until proven guilty—and you have rights that need to be protected. At the same time, you need to think and act with wisdom because although the law considers you innocent until proven guilty, the humans enforcing and interpreting the law can still be subject to bias, even without meaning to. You don’t want to take actions that could ultimately work against you and make you appear more guilty. Here are some key steps to take if you find yourself in this unfortunate situation.

Domestic violence allegations involving children can be extremely tricky, and you don’t want to try to navigate these waters alone. A skilled defense attorney can provide the direction, guidance, and expertise necessary to ensure that your rights are protected throughout the process and that the evidence that exonerates you is brought to bear.

Gather any evidence you have that can prove your innocence. This may include text messages, emails, witness statements, video footage that shows what happened, etc. Even if the evidence does not seem hugely relevant, your lawyer may find a way to use it strategically to show that the child’s injury was indeed an accident.

Avoid the Urge to Fight Back

When you’re accused of something as offensive as hurting a child, the first impulse is typically to deny it vehemently. But the law is an exacting field, and once charges have been filed, your reactions will be watched carefully. While it’s normal to be angry and defensive, it can also work against you, especially if custody hearings are scheduled. You don’t want to do anything that could make the accusation seem more believable—so focus on doing what your lawyer recommends.

Avoid Discussing the Case Before Your Trial

Talking about the case publicly can also damage your defense—so it’s important to avoid discussing the details of the accusation or posting anything related to it on social media. This could be viewed as interference with an investigation and is generally a bad idea anyway, no matter what side of the story you’re on. Nothing you say or do in the public forum will prove your innocence or get the charges dropped, but you could potentially make things worse for yourself. Save the arguments for the court where they can actually make a difference in your case.

Abide by Any Protective Orders

As unfair as it may seem, if a judge issues a protective order against you prohibiting contact with your partner or your child—obey it. Violating the order is a crime and can only hurt your case. Once your case is resolved, you can work on getting the protective order removed through legal means.

Facing false accusations of domestic violence is an incredibly difficult situation—especially when those accusations involve allegations of child abuse or child endangerment. Knowing how to protect yourself and having experienced legal representation on your side can make all the difference in ensuring that your rights are protected. If you’ve been falsely accused of domestic violence due to an accidental injury to a child in Los Angeles, call our offices to schedule a consultation.