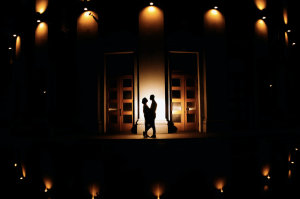 Domestic violence continues to be a major issue in our culture, plaguing millions of households every year. At the same time, for most families, incidents of domestic battery and other forms of violence don’t become major news stories. When celebrity relationships devolve into domestic violence, not only must they deal with the pain and disruption of the violence itself–they must also deal with it under the unforgiving spotlight of public view—and they’re often tried in the court of public opinion, as well.

But there is a silver lining. While these stories may be embarrassing to the victims and the accused at the moment, they also allow us to see that domestic violence isn’t relegated to certain classes of people—it can touch anyone. These stories also provide “teaching moments,” offering a platform to discuss the ways we as a society can work toward preventing and responding to domestic violence. With that said, let’s look at some of the most noted domestic violence stories of 2022 to see what we can learn from them.

While any alleged domestic violence ended years ago, the biggest celebrity DV story this year (by a wide margin) has to be the highly-publicized defamation trial with Johnny Depp and Amber Heard, which took place in the spring of 2022. The whole story is muddled and chaotic, but here’s the short version:

Key Takeaway: The main lesson to be learned from all these court cases is that the impact of domestic violence accusations doesn’t necessarily end with a restraining order or even criminal charges. They may come back to haunt you for many years, especially if the root issues causing the alleged violence are not addressed.

In the wee hours of Thursday, August 11, police responded to a domestic disturbance call at the home of singer Michelle Branch and her husband, Patrick Carney of the Black Keys. Branch admitted to slapping her husband “in the facial area” one or two times and was arrested on charges of domestic assault. She was released on a $1000 bond and a few days later filed for divorce from Carney. Later in the month, the domestic assault charges were dropped because the couple reached a settlement. The following month, Branch rescinded her divorce petition, and the couple announced they were in therapy to try and work out their relationship.

Key Takeaways: This is a rare example of a celebrity domestic violence story that seems to have ended well. There are a few things we can glean from this story:

In August 2022, social media/OnlyFans celebrity-model Courtney Clenney (aka Courtney Tailor) was arrested in Hawaii and charged with second-degree murder for stabbing her boyfriend, Christian “Toby” Obumseli. The arrest occurred four months after Clenney admitted to stabbing Obumseli in Miami, FL., claiming it was an act of self-defense. In April, police responded to a domestic disturbance in which they discovered Obumseli bleeding from “an apparent knife wound.” He was transported to a hospital, where he later died. Clenney, who has admitted to a “tumultuous relationship” with her boyfriend, claimed through her attorney that Obumseli had attacked her and was choking her, and she responded with appropriate force. However, attorneys for the Obumseli family denounce that explanation, claiming the murder was unprovoked.

Key Takeaway: Claims of self-defense are not always accepted at face value in domestic violence cases, especially in ones that result in someone’s death. It’s frequently assumed, at least from a public standpoint, that a female who claims self-defense in domestic violence will be presumably believed and treated sympathetically. Given that prosecutors saw fit to make an arrest four months later, it’s safe to suggest that they weren’t convinced that the evidence fully supported Clenney’s claim.

One takeaway from all of these stories taken together is that if you have been accused of domestic violence, nothing should be taken for granted. Regardless of your guilt or innocence, these are serious charges, and you really need the help of an experienced, compassionate legal team to make sure your rights are protected. If you need an effective domestic violence defense in Los Angeles, call our office today for a consultation.