You just got a Burbank DUI. Maybe it was your first. Perhaps it was your second. Hopefully (fingers crossed) it wasn’t your third or fourth. But odds are, you’re at least still in the single digits. 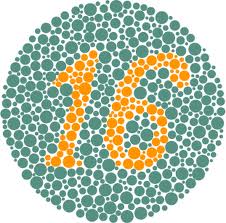 What happens if someone gets 16 DUIs within a lifetime? What should the appropriate punishment be?

Surprise, surprise, this horrendous situation has happened more than one time in history. The courts have found very different ways of punishing the situation.

Consider first the case of James Steven Corley, a resident of Conroe, Alabama, who was stopped by a Montgomery County Sheriff’s deputy on August 28th, after an officer saw the 52-year-old weaving in and out of traffic – while driving with a broken taillight, no less.

The officer pulled Corley over, and then a second deputy put him through the paces of a field sobriety test. (Burbank field sobriety tests typically include roadside “quizzes” such as: touch your finger to nose while keeping your eyes closed; count backwards from 100 by 3s; stand on one leg; walk the painted line, etc.)

Corley failed the FST, but his BAC level was somewhere between 0.05% and 0.1% — for reference, the limit for Burbank DUI, per CVC Section 23152, is 0.08%. So he wasn’t “that” under the influence, if he was at all. However, there was some additional “stuff” going on. First of all, he had taken prescription medication, which amplified his incapacity. Secondly, he had just allegedly assaulted and burglarized his girlfriend, and he was running away from her.

In any event, the court had enough of Corley and whacked him with a 99-year prison sentence for his 16th DUI.

Meanwhile, 60-year-old Robert Groethe recently racked up his 16th conviction (his first happened way back in 1977). Stunningly, 11 of 16 of his convictions were felonies. In June 2012, he smashed into a car near a casino in Rapid City, South Dakota. Tests revealed that he had a BAC level over thrice the legal limit, and he destroyed nearly $3,000 worth of property. Stunningly, however, due to quirks of South Dakota law, Groethe got away with just a two year jail sentence with a chance of parole in less than a year.

That’s barely over the maximum penalty for a first time misdemeanor DUI in Burbank, and it could even be more lenient than first time DUI with injury.

This “tale of two 16 DUI stories” isn’t to suggest that one punishment is more appropriate than the other. Rather, it highlights how fluid DUI defense can be. Your punishments – and future – can hinge on an enormously diverse set of factors, including whether this is your first or second time DUI; whether you hurt anyone; and how effective your Burbank DUI attorney is at building a case on your behalf.

Look to the very experienced and highly ethical team here at the Kraut Law Group to help put together your defense. Attorney Kraut is a respected ex-prosecutor who has helped many people just like you with their Burbank DUI defenses.