Medicare fraud cases in Southern California (and elsewhere) can start to sound pretty similar to one another, especially if you report on these crimes month after month, year after year, as we’ve done on this blog. 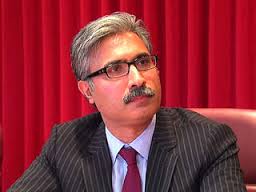 But every once in a while, a riveting, different kind of story bursts through and merits extended commentary.

Recently, prosecutors charged Dr. Atiq Durrani with unfairly billing Medicare to the tune of $11 million for surgeries he performed between February 2010 and January 2013. Prosecutors say that these surgeries were not medically necessary for patients. They also hit him with healthcare fraud charges and charges for making false statements.

Dr. Durrani conducted a kind of surgery called Anterior Lumbar Fusion, which is designed to help special back and neck patients. He specializes in a particular kind of genetic disorder, Ehler-Danlos Syndrome (EDS), which creates a problem with connective tissue that leads to serious neck and back pain. Dr. Durrani is one of the few recognized experts in this area.

As he put it: “there are very few people in this country that actually know about this disorder … there are just three centers across the nation that deal with this.”

Some of Dr. Durrani’s patients have come forward hailing him as a hero.

For instance, Nina Capetillo said “I had back problems … as much as I can remember, when I bent over, I had a lot of pain.” She went to Dr. Durrani, who performed surgery on her, which made her “very comfortable.” She said afterwards, “I am a better person after walking out of his door.”

However, not every patient had a glowing assessment. Stephanie Herrin-Thren – one of the 150 patients who filed the medical malpractice suit – is furious about what happened to her. She had been experiencing serious pain from her EDS, and Dr. Durrani convinced her to have the surgery which, according to her, caused the symptoms to “worsen dramatically … to the point where I was barely functional.”

Ms. Herrin-Thren later went to a different neurosurgeon, who reviewed the diagnosis and found that the surgery was not medically necessary.

The outcome of this Medicare fraud case may hinge on obscure details about this rare spinal and neck disorder.

Of course, most Los Angeles Medicare fraud cases are less technical and more one-sided. For instance, they may involve situations in which a doctor and support staff colluded to bill Medicare for services never provided… or steal people’s Social Security Numbers to use in illegal and manipulative ways.

But this case is obviously very different.

Medicare fraud defense is not a one-size-fits-all proposition. Whether your loved one has been charged with a battery of disturbing charges, you’re just confused by your legal defense options, the Kraut Law Group is standing by to provide powerful insights. Connect with us now to schedule a free, confidential consultation.