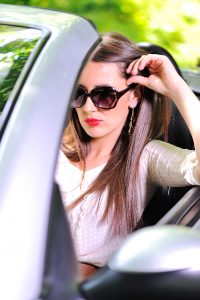 A DUI conviction in California comes with some stiff penalties, even for first-time offenders. However, if you have a minor in the car at the time of your alleged DUI, you could face enhanced penalties, including mandatory jail time. The specific law detailing these penalties is California Vehicle Section Code 23572 VC, sometimes called the “DUI with a Minor Passenger Penalty Enhancement.” The ramifications can be confusing at times, so let’s unravel them by answering some of the most commonly asked questions about this law and how it may affect your sentence if you’re convicted of a DUI.

This section of the vehicle code prescribes specific additional sentencing by the courts “if any person is convicted of a violation of Section 23152 [DUI] and a minor under 14 years of age was a passenger in the vehicle at the time of the offense.” If convicted of a DUI where the law applies, it requires the courts to enforce mandatory jail time in addition to whatever sentence the judge gives for the DUI itself. The upshot is that if you had a child under age 14 in the car at the time of your DUI arrest and you are convicted, you will spend time in jail, even if it’s your first DUI offense.

How Much Additional Jail Time Could I Face?

If convicted of a DUI with a minor under age 14 in the car, California Vehicle Code Section 23572 VC calls for additional jail time based on the following criteria:

Note that the sentencing enhancement applies to current and prior DUI convictions in general, not the number of times you were arrested for DUI while transporting a minor. In other words, if this is your first DUI offense with a minor in the car but it is your fourth DUI conviction, the enhancement will still be at least 90 days in jail.

What Must Happen for the Sentencing Enhancement to Go into Effect?

To trigger the DUI with Minor Passenger Penalty Enhancement, prosecutors must only demonstrate two things:

1. That you were driving under the influence of drugs OR alcohol with a BAC of 0.08 or higher; and
2. That you were transporting a person under age 14 at the time of arrest—a fact that can be easily verified by police records.

Will I Still Serve Jail Time for the Penalty Enhancement if I Am Not Convicted of DUI?

No. California Vehicle Section Code 23572 VC is a sentencing enhancement, not a separate crime. You must be convicted of DUI for the penalty to take effect. If you are cleared of the DUI charge, the penalty no longer applies.

Is This Law the Same as Child Endangerment?

What Determines Whether I’m Charged with DUI with a Minor Passenger or Child Endangerment?

Prosecutors look at the circumstances surrounding your DUI arrest to make that determination. For example, you might have been transporting a minor at the time of arrest, but if your BAC was only slightly over the legal limit or if you have no prior DUI convictions, prosecutors will more likely lean toward the DUI with Minor Passenger enhancement. If, on the other hand, you were driving extremely recklessly, had a high BAC and/or seemed to be deliberately or negligently endangering your passenger, prosecutors would probably opt for the Child Endangerment charge.

Can I Be Convicted of Both DUI with a Minor Passenger and Child Endangerment?

How Can I Defend Against the DUI with Minor Passenger Sentencing Enhancement?

Since the sentencing enhancement automatically applies to your DUI conviction if a minor was present in the vehicle, the only way to avoid it is to successfully defend against the DUI charge itself to avoid conviction. Other than successfully beating the charge outright, one common approach is to resolve the case by pleading guilty to a reduced charge, such as “wet reckless” driving. In certain situations, especially if the BAC was borderline or the prosecution considers the DUI case to be weak, prosecutors may agree to a plea deal in which you plead guilty to reckless driving, rather than DUI, with a note on your record that alcohol was involved. This charge comes with reduced penalties, and since it is not a DUI, the sentencing enhancement would no longer apply.

You should obtain skilled legal representation for any DUI offense, but if you were arrested with a minor in the car, you need the legal help all the more as you could be facing much stiffer penalties. Give us a call to schedule an appointment so we can discuss your options.