Drivers convicted of DUI in Los Angeles usually lose their licenses for some period of time, forcing them to seek alternative transportation. They may take the bus, get rides from friends or family members or use cabs or ride-sharing services. 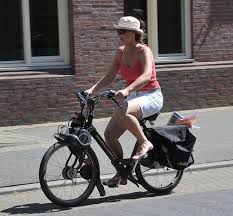 In South Carolina, however, DUI drivers have had another way of getting around the license restriction. They can travel around on a moped, since those vehicles are not subject to the same traffic and safety laws as other motor vehicles.

But moped drivers can expect some changes. The South Carolina legislature just sent a measure to Governor Nikki Haley that will require operators to follow almost all of the state’s traffic laws. When the bill becomes law, police officers will be able to arrest a moped operator for DUI just like they could arrest any other motorist who drives while impaired. (They could not do that under current law.)

However, drivers convicted of DUI who lose their regular drivers’ licenses could still get a special moped license that would allow them to continue to operate these small motorized vehicles.