Perhaps you collected a Los Angeles DUI charge after you drove wildly following an extravagant night out at a night club often frequented by Snoop Lion (a.k.a. Snoop Dogg). Or maybe officers at a checkpoint near Sepulveda stopped you and a friend and charged you both with DUI, after you each blew very high number on your breath test – enough, perhaps, the qualify you for an extreme DUI charge (in excess of 0.15% BAC). 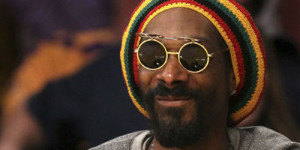 Harsh punishments are not inevitable. An experienced DUI attorney can help turn things around for you in a major way by taking actions along the lines of the following:

1. Challenging the validity of your breath or blood test results.

Breathalyzer and blood tests aim to quantify your degree of intoxication. These tests are sophisticated. But don’t let their seemingly objective nature fool you. Even the most fair, beta-tested breath and blood tests – administrated in good faith by meticulous police officers – can tell a story that’s way off base. A breath test can yield false positives for many reasons:

•    Ketones on your breath, caused by your diet, could register as alcohol;
•    A very deep breath blown into machine may suggest that you have more alcohol in your system than you actually do;
•    The presence of “mouth alcohol” can throw off the reading;
•    Miscalibration or inaccurate recording of test results can also lead to injustice.

An astute defense attorney can challenge your test results.

Perhaps you actually did drive DUI. You made a big mistake, and you’re willing admit it. You’d just like to minimize your punishments and maximize your chances for successful rehabilitation. A seasoned lawyer can negotiate with prosecutors to make this happen.

Most defendants worry a lot about potential jail time but don’t give enough thought to the inconvenience of license suspension. It’s hard to get around L.A. if you have to take public transportation everywhere. A license suspension can indirectly get you fired from your job and choke off friendships. An informed, prepared attorney can help you fight the license suspension, so you can keep driving (safely).

Turn to Michael Kraut of the Kraut Law Group for help now constructing and moving forward with your Los Angeles DUI defense.

END_OF_DOCUMENT_TOKEN_TO_BE_REPLACED 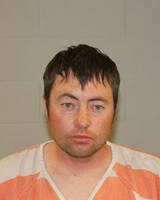 On the force since 2005, Imlay doesn’t appear to have any previous marks on his record. However, on the evening of June 2 at around 7 p.m., he allegedly struck a retaining wall with his patrol car near a local baseball field. Although his cruiser was damaged, the retaining wall remained unharmed. However, rather than reporting the incident or waiting for backup, Imlay fled the scene.

After a witness called to report the accident, Imlay was arrested and charged with a class A misdemeanor (driving under the influence) and a class B misdemeanor (leaving the scene of an accident). Considering the Cedar City Police Department’s conflict of interest in the case, the Utah Highway Patrol is leading the investigation.

Since Imlay left the scene of the accident before investigators arrived, it will be difficult to know with certainty what occurred that evening. However, the damage to the patrol car, the eyewitness testimony, and the results of Imlay’s alcohol screening test appear to provide convincing evidence of his culpability.

Although this incident occurred in Utah, it presents several compelling legal issues to Californians, such as:

• How reliable is the information provided by the eyewitness? Did the individual provide a thorough description of Imlay, plate numbers, or other identifying information?

• When was the preliminary alcohol screening (PAS) or blood alcohol test (BAC) administered, and how long after the incident? California Vehicle Code Section 23152 (a) sets the DUI standard at blood alcohol levels of 0.08 percent or more, within three hours of the incident.

• What is the nature of the class B misdemeanor? Under California Vehicle Code Section 20002, defendants aren’t subject to criminal liability unless they cause damage to the other party’s property. Although the retaining wall wasn’t damaged, the patrol car – presumably owned by the Cedar City Police Department – was.

If you face a complex DUI case such as this one, working with a qualified Los Angeles DUI attorney is crucial to ensuring a fair trial. Michael Kraut, a Harvard-trained former prosecutor, knows the law and will work with you to craft a solid defense. Contact Kraut Law today. END_OF_DOCUMENT_TOKEN_TO_BE_REPLACED