The National Highway Traffic Safety Administration (NHTSA) monitors trends regarding fatal Southern California DUI incidences. A close look at the recent stats points to many positive developments and some concerns. Let’s consider the stats over the past 30 years to wee how the dangers of DUI in Southern California have evolved. (We believe that it’s crucial to regularly step back from analyzing DUI headlines and inspecting the latest CA DUI laws to get perspective on the size and scope of the issues drivers face.) 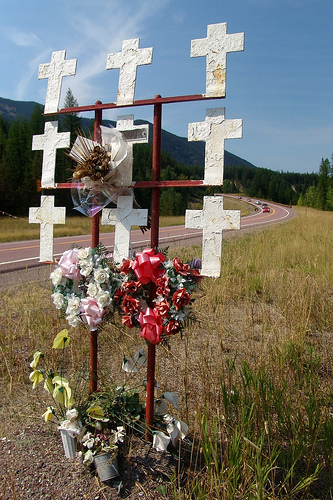 Due to a variety of factors, including increased awareness of the dangers of driving under the influence in Los Angeles, stronger enforcement of DUI and seatbelt laws, and better car safety engineering, alcohol-related fatality rates plunged over the next several years, even as the total number of California roadside fatalities increased. The high watermark hit in 1987, when 5,504 died on California’s roads — 2,961 of whom did so in alcohol-related crashes.

Unfortunately, over the next seven or eight years, the downward trend reversed itself for both total and alcohol-related fatalities. By 2005, the numbers rose to 4,329 (total) and 1,719 (DUI related). Since the 2005 high water mark, however, the numbers have reversed yet again. In 2008, there were only 3,434 total fatalities on the road, of which only 1,198 were alcohol related.

Of course, analyzing statistics like these can lead to misguided conclusions. It is very difficult to tease out cause from correlation. Even when you have good statistical data, and you can identify strong correlations between two variables, to prove cause requires a much higher logical burden of proof.

To respond effectively to any of these charges, you likely need a trial-proven lawyer to help you.

The team here at the Kraut Law Group stands ready to assist. While working as a Deputy District Attorney for L.A. for 14 years, Michael Kraut developed an intimate understanding of how prosecutors think, and he now uses this ‘insider’ information to develop superior strategies for criminal defendants. He has appeared as a guest legal commentator on national news networks, including CNN and Fox, and he is Harvard Law School educated.