Could a conviction for petty theft in Los Angeles (e.g. for shoplifting some t-shirts or clothes) ultimately land you a 30-year prison conviction and $1.1 million bail? 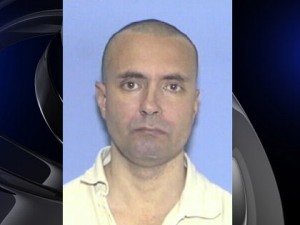 It’s a reality for 56-years-old Jonathan Kirby, who was charged last week with breaking into rapper LL Cool J’s house. Kirby apparently picked the wrong house to burglarize. When the NCIS: Los Angeles star woke from his slumber around 2 AM, Cool J – a.k.a. James Todd Smith – confronted Kirby and got into a brawl with him. Cool J smashed up Kirby’s nose and broke his ribs and jaw before detaining the intruder and holding him there. Police believe Cool J acted in self-defense, and no charges against have been filed against him.

Meanwhile, Kirby has a long rap sheet, including convictions related to drugs, fights, and thievery. In fact, he served multiple stints in jail, and he was only released from prison the latest time back in February for a crime that’s yet to be disclosed.

What lessons can we learn from Kirby’s tale, if you or a friend has been arrested for petty theft or grand theft in Southern California?

Stealing a shirt or a box of Cinnamon Toast Crunch from 7-Eleven may not seem like a “big crime.” But even absent any other wrongdoings, you could still be convicted of a misdemeanor and face jail time, probation, and other punishments.

More importantly, however, your conviction could tail you and create serious legal havoc if/when you ever violate the law again. Indeed, if you are convicted of two petty theft charges – even simple shoplifting – within just a few years, prosecutors can try to convict you of a felony count, which holds the possibility of a jail sentence that exceeds a year, among other things.

The moral is that your ability to battle your Los Angeles theft crime charge can have massive ramifications for your future. One of the reasons why Kirby faces such grim penalties is that he has three strikes against him, so this new first degree burglary charge can now actually be punished with life in prison.

California is not so lenient with multiple offenders, in other words!

To understand what steps to take – and, equally importantly, what “stuff” not to do – in the wake of your arrest, get in touch with former prosecutor and Harvard Law School educated Southern California criminal defense attorney Michael Kraut. The team at the Kraut Law Group will be happy to assist you – to provide a free and confidential, no-nonsense appraisal of your rights and options and help you build the right strategy to move forward.