Do you face Los Angeles drug charges, such as illegal possession, distribution, or conspiracy? 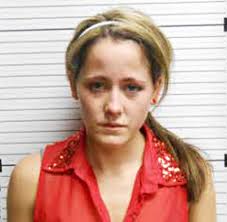 If so, you can probably relate to the plights of two female reality starts: Tulisa Contostavlos (former X Factor judge) and Jenelle Evans, (star of the reality show, Teen Mom).

Tulisa — who won fame as a singer (“We Are Young”) — got busted in June for providing an undercover reporter with a Class A drug. Mike GLC, a fellow musician, was arrested with her.

Per the Sun, a British newspaper, the 25 year-old Tulisa was caught on camera hooking up an undercover journalist with a purported drug dealer at London’s Dorchester Hotel. The deal was reportedly worth 820 pounds. Tulisa has tried to duck out of the limelight. But Mike GLC vocally denied being a drug dealer and claimed that all the negative attention from the case was “ruining [his] life.”

Meanwhile, back across The Pond, Teen Mom star Jenelle Evans returned to jail after she failed a drug test. Evans got hit with an intense array of charges, including assault and heroin possession. Her sentence: 18 months of unsupervised probation.

The star of Teen Mom 2 — which apparently is now in jeopardy of being cancelled by MTV — has been through the ringer, legally speaking. In May, she failed to show up at a court hearing pursuant to charges that she had cyber-stalked an ex-boyfriend. She had to pay a $1,000 bond and turn herself in.

She later claimed on her blog that she made a simple scheduling mistake. She wrote: “at 9 AM I get a text from my lawyer telling me “make sure your [sic] at court at 9.30 AM.” As soon as I see that text, my heart dropped out of my a**! I responded with, “Do I have to be there?” Because sometimes I don’t have to be there… he responded with “they’re holding the case open until you get here.”

But she didn’t make it in time and wound up with a “failure to appear” charge.

Whether you got booked for selling marijuana in Burbank, or you face a more complicated set of charges, you can leverage a variety of defenses. To learn about your Los Angeles drug crime defense options – to develop a strategy to move beyond the arrest and get your life back – talk to Harvard Law School educated ex-prosecutor Michael Kraut now.

Mr. Kraut is a highly reputable, resourceful, and aggressive attorney who has lots of personal connections in the Southern California legal community.