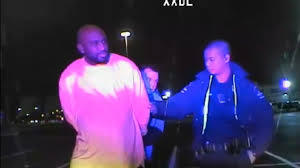 Police should be entitled to some discretion when it comes to deciding whether to arrest people. If you look and act like you are DUI — and you blow a high number on your breath test — the police may have good cause to place you under arrest.

Police in Austin arrested an African American man, Larry Davis, on January 13, 2013, after Davis ran a stop sign. Davis told police that he had only one drink of alcohol — and a breath test showed that he had a 0.00 percent BAC. He also volunteered to take a blood test. Weeks later, Davis’ blood test results came back showing exactly what he had insisted – there was zero alcohol in his system.

Nevertheless, Davis had to spend a whole day behind bars and deal with an arrest record that continued to dog him into 2014. To add insult to injury, Austin Police Commander, David Mahoney, told the local paper that he supported the officer’s decision to bust Davis for DUI: “if there’s someone who is possibly impaired, we don’t want them driving… we need to get them off the road, so that was probably the officer’s mindset.”

Statistically speaking, it’s easy to make a case that the Austin police are a bit “trigger happy,” when it comes to busting people for DUI. Travis County, Texas, has the highest DUI dismissal rate in Texas, per an Austin Statesman analysis — a whopping 30% of cases are dismissed.

That said, battling back against a DUI charge anywhere is neither simple, nor cheap.

First of all, the defendant must contend with direct costs, such as legal fees. The indirect costs can be far more pernicious. If you sit in jail for a day or two — or spend several days going back and forth to court — you waste many potential billable hours. That “time suck” alone can cost some people hundreds or thousands of dollars. Secondly, consider the indirect psychological and relationship costs. Many people are both judgmental and superficial. If police arrested you for DUI, others may judge you, even if the facts are totally on your side. Davis spoke to this frustration: “I was arrested for nothing, really… it was suspicion of drunk driving, which I wasn’t, so I am surprised and hurt at the same time.”

In Los Angeles, California police must respect your Fourth Amendment Rights. In other words, they must be able to justify stopping you by pointing to clear, easy to articulate facts about some criminal activity. It is possible to challenge probable cause by asking for a hearing per California Penal Code Section 1538.5.

The team here at the Kraut Law Group can assist. Attorney Michael Kraut is a former prosecutor who has a stellar reputation for helping clients like you with Los Angeles DUI defense.