Before the police tagged you for driving under the influence in Los Angeles, you probably used to glibly give people advice along the lines of “when life hands you lemons, make lemonade.” In other words, when you face a difficult situation, see the best in it. Turn it into a positive. That advice is obviously well intended. But it’s not necessarily intuitive to implement. 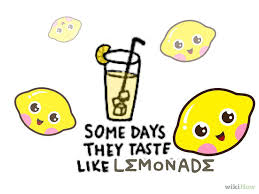 Your DUI Arrest: Just When Things Were Already Bad, Now This!

Your arrest couldn’t have been more poorly timed. Perhaps you’ve been engrossed in a big project at work. Maybe you and your spouse have been “on the rocks,” relationship-wise. Or maybe your doctor just diagnosed serious health problem. The last thing on Earth that you need at this moment is a charge pursuant to California Vehicle Code Section 23152 or 23153 (the injury DUI section – which escalates standard DUI charges to felony charges).

Point is, life has really thrown you a curve ball. Not every DUI occurs during “hard times.” But a surprising number of them do. Why is that?

Obviously, without accurate science, we can’t tease cause from effect. Perhaps DUI defendants notice their bad luck more when it comes packaged with criminal charges. Or perhaps life’s stresses somehow promote more dangerous driving behavior (on average, in the population).

What might the mechanism be, if that second hypothesis is correct?

Perhaps – and this is just speculation – but perhaps, stress and anxiety spark a desire to use medications or alcohol to numb the discomfort or at least diminish it somehow. In other words, maybe people who go through very stressful, anxious, or disruptive situations turn more frequently (and more heavily) to drinking and taking drugs and medications. That would explain why Los Angeles DUI events tend to correlate with “bad times” over all. Of course, there is a difference between this kind of speculation and clinical science, which requires far more vigorous testing and statistical analysis. And that points to a broader issue: the Southern California criminal defense system is an evidence based system. To prove (or defend against) a criminal charge, you need to submit evidence and outline a logically thorough, taut argument. You can’t speculate – or if you do speculate, the degree that you argue from indirect logic is the degree that your case can be seen as flimsy. It’s a lot easier to believe evidence to the effect of “you failed a Los Angeles breathalyzer test and blew a 0.11% twice” than it is to believe evidence like “you smelled a bit like alcohol and stumbled around.” The first statement contains far more objective proof than does the second, which uses inferences.

To build a steady and successful defense against your Los Angeles DUI charges, connect with Harvard Law School educated Attorney Michael Kraut and his team today for a free case evaluation.