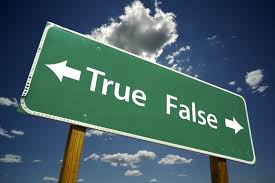 In the past, traditional media typically filtered mass messages to particular audiences, limiting the likelihood of harm as well as its effects. Now, anyone is a publisher to unlimited, worldwide audiences, without nearly as many filters. This greatly increases the potential for harm.

In this environment of instantaneous outbursts of micro-messages, the damage is done the instant something is tweeted or posted online. What is posted online can also be reposted and continue to live long after the original message has been deleted. Those attacked now have a greater need to minimize harm to their reputation, and to do so quickly.

This article from Psychology Today offers a similarly dire warning: Once the information is out there, defending yourself, clearing your name, fighting suspicion and tolerating disdain is a horrible predicament.

And this piece from The Telegraph (from 2015) discusses the horrors that can result from false accusations of domestic violence. This passage in particular is chilling: James’ life became a nightmarish whirlwind: he was arrested during his twins’ 7th birthday party, had various personal effects seized, and was required to attend police stations for interviews in the dead of night.

So what can you do? What SHOULD you do?

If you’re a high-profile person, and your success is very dependent on your reputation and people’s perception of your character, then you might consider working with a company that specializes in limiting the damage from negative social media. While you may not be as high-profile as a sports superstar accused of hitting his wife, you face similar consequences. If your social media presence is limited, and likely to have less impact on your business and your life, you may be able to take a lower-key approach.

How an Impetuous Response Can Backfire

When many celebrities, politicians or sports stars get caught doing something wrong, they bluster it out. They post on Facebook or tweet to their followers, denying the charges repeatedly… until they’re forced to admit the truth at the cost of their credibility.

Others acknowledge their bad behavior or error in judgment, explain the steps they are taking to ensure that it doesn’t happen again and then remain silent. They don’t attack the credibility of the people who have accused them. They maintain, at least, some dignity and admit that they are human and have made a serious mistake.
If you’re innocent of accusations, your best approach may be to calmly deny the charges and wait for your day in court.

When you’ve been arrested for domestic violence, your life has already changed, even if the charges have no basis. Your accuser may take photographs of injuries and claim that you were the one who inflicted them. She (we’ll use the female pronoun, although men also suffer from domestic violence) may post those photos on Facebook, talk about your arrest on twitter and even blog about them if she has an online following.

So you wake up one morning to an angry twitter feed, or Facebook posts from family, friends and/or mutual acquaintances questioning you or saying that they no longer want to be friends.

You can ignore the posts, maintain a dignified silence, and hope that the furor will die down—and it might. (Again, discuss the situation with an experienced domestic violence defense attorney BEFORE you react in any way to the messages.) Unfortunately, what’s posted on Facebook or a website can stick around for a long time and somebody, like a new acquaintance or a potential client, could stumble upon it.

Another option is to deny the charges—calmly, not angrily—and point out that every story has two sides and that one of our core beliefs in this country is that people are considered innocent until proven guilty. You can say that you’re confident that when you have a chance to present your case in court that you will be found innocent of the charges.
You might want to personally message or email or call family members and close friends and explain the situation to them. (Again, be extremely careful about discussing your case with ANYONE, even close confidantes. Consult your lawyer first to develop a strategic way to respond.)

Depending on the situation and the advice your attorney provides, you may be able to share the real story behind the accusation and why you’re not discussing it on social media. You might consider asking them to be your advocate by refuting any false charges they see posted online and by letting other people know the truth if they see the situation discussed. (Denials may sound better coming from others who know both parties involved.)

What you absolutely do not want to do is get into a flame war with your accuser or start making ugly comments about her, her family, her friends, etc. All that will do is start an online war that you cannot possibly win, even if you are innocent. There are many cases when someone responded angrily or impulsively to charges and ended up bringing the wrath of the Internet down upon them. Do you really want to be the target of that online abuse?

If the social media environment gets too hot, you might just disengage. Close your Facebook and/or twitter accounts; you can always reopen them later or start a new account and share it only with people you trust. If you’re not on social media, or if you don’t respond, your accuser might eventually lose interest in ruining your reputation.

It may be true that authorities have charged you with domestic violence. But what happens if the story becomes exaggerated beyond recognition? For example, someone might claim on Facebook that you have a long history of arrests for violent behavior when you haven’t, in fact, ever been arrested before.

You can always request that Facebook or twitter or other social media sites take down any false statements about you. But if there’s some truth in what the other person is saying, it can be very hard to get these sites to take action. (It’s even difficult when there is no truth in such statements at all.)

If the posts on a website or on social media are completely false and have harmed you in some way, you might, as a last resort, consider taking legal action. But this is a complicated, costly process. For example, to qualify as a libelous statement, something must be written as fact and not as a matter of opinion. If someone says, ‘I think men who abuse their wives and children should be put in jail, and I think John Q. Public is one of them,” you likely don’t have a case, because that statement will likely be construed as a matter of opinion.

You also must prove that you’ve suffered real damage—a long-time customer stopped doing business with you, e.g., because of the false accusation. (That can be difficult, because many customers will not admit the real reason they discontinued the relationship.)

Finally, you could sue the person who made the statement. As much as you might like to take legal action against Facebook or Twitter or another social media site for displaying a false charge against you, federal law generally protects web sites and Internet service providers against such lawsuits.

Again, rather than weighing your options on your own in a vacuum, consult a qualified DV attorney ASAP following your arrest.