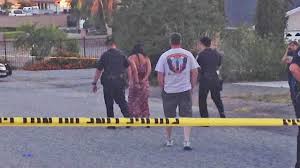 For help understanding how to deal with your case, call an experienced Los Angeles DUI defense attorney with the Kraut Law Group today for sympathetic and sound assistance.