A Pasadena DUI arrest can land you behind bars. 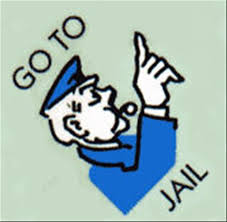 No one wants to pay big fines or pay to have an encumbering interlock ignition device installed on her car. But JAIL holds a special place in the pantheon of scary punishments.

Just thinking about jail may dredge up scary scenes from TV shows like Tom Fontana’s Oz or Orange Is The New Black. But as bad as going to jail can be – it may pale in comparison with some problems that could arise if you fail to handle your DUI defense adroitly.

Let’s say you live in Pasadena and commute to Santa Monica for work. The license suspension can effectively render you unable to work and lead to your being fired. The long-term repercussions of unemployment could means tens of thousands of dollars to your bottom line — not to mention depression, humiliation and anxiety.

2. Loss of basic civil rights
If convicted of a felony Pasadena DUI, you will permanently lose certain key civil rights, such as the right to vote. Plus, future employers, lenders, and other important people in your life will be less than thrilled with the prospect of employing, lending to, or being in a relationship with a convicted felon.

The consequences could haunt you for a lifetime.

3. Increased likelihood of recidivism
Recidivism means getting caught for the same crime again.

The California penal system is incredibly tough on recidivists. You’ve probably heard about the notorious “three strikes law,” which hammers offenders convicted of three separate crimes with huge penalties. Statistics show that people convicted once for crimes like Long Beach DUI are much more likely to get in trouble again with the law.

The second (or third) time may not be pretty.

So what can you do?

Given the legal intricacies of your current situation, you won’t likely find answers by surfing the internet. Fortunately, the Pasadena DUI defense team at Kraut Law Group can help you get a deeper understanding of your charges. Get in touch with Mr. Kraut and his team today to take back your future.

If you have been arrested for a DUI in Pasadena or you are under investigation for driving under the influence in Southern California, please contact Pasadena criminal defense attorney Michael Kraut for 24/7 assistance by phone at (626) 345-1899 or toll free at (888) 334-6344 or online. We’re located at 790 East Colorado Boulevard, 9th floor, Pasadena, California 91101.