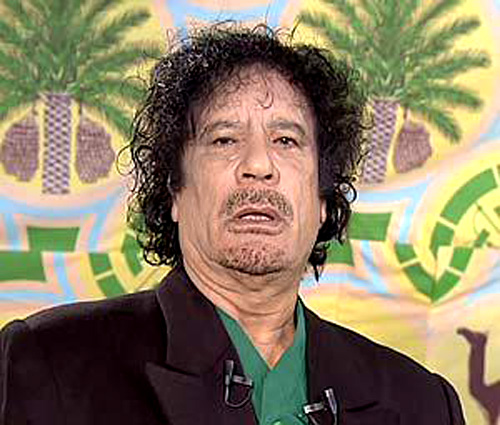 If you were recently arrested for driving under the influence in Glendale, you probably weren’t paying much attention. You were probably focused more on the imminent crises in your life – potential jail time, license suspension, mandatory installation of interlock ignition device, and other problems that you could face if you are ultimately convicted of Glendale DUI.

Maybe you made a mistake, ignoring the news.

Maybe you should have been paying attention to Libya – and not just to have something to chat about with coworkers while you gather around the water cooler. You see, the rapid and surprising collapse of Gaddafi’s loyalist forces indirectly teaches us a powerful lesson about Glendale DUI defense.

Yes, it sounds like a stretch at first. But stay with this train of thought…
When you read analyses of the drama in Libya, there is a common refrain: “No one saw this coming.” NATO didn’t anticipate it, policymakers didn’t anticipate it, probably even the rebels themselves didn’t anticipate that they would be able to march into Tripoli in such short order. This kind of deer-caught-in-the-headlights reaction is typical during war. Events on the ground often come as a surprise, and war plans disintegrate often immediately after they go into effect.

Now, building a coherent defense against Glendale DUI – to get you unhooked from charges pursuant to California Vehicle Code Sections 23152(a) or 23152(b) – is not exactly like going to a war. But both war and DUI defense involve strategic thinking – and they also involve surprising setbacks and opportunities. Good generals – and good Glendale criminal defense attorneys, too –understand the power of strategic thinking as well as the power of renegotiating, reassessing, and reforming plans in the midst of battle.

For instance, in your case, new evidence might suddenly emerge that could potentially get your charges dropped or at least give prosecutors a much harder time. If you don’t have the strategic focus and flexibility available to take advantage of that development, you might miss out on a key opportunity to reduce your sentence.

Just as the Libyan rebels managed to take advantage of the surprising collapse of Gaddafi’s forces to turn the tide and take down Tripoli, your Glendale DUI defense attorney may potentially leverage surprising developments in your favor. These include sudden revelations of weaknesses in the prosecution’s case and other subtle factors that could transform your options and get you better results than you – or even your attorney – ever expected.

To that end, you want to work with an attorney who thinks like a general – who helps you not only construct the right strategic defense, but also continually reassesses your options in real time. Attorney Michael Kraut of Glendale’s Kraut Law Group (121 W Lexington Dr, Glendale, CA 91203 Phone: (818) 507-9123) has a unique vantage on Glendale DUI defense law. Attorney Kraut served as a prosecutor for over 14 years. He put DUI defendants behind bars before switching over to become a criminal defense attorney. Since he has “played the game from both sides,” he can help you understand what your prosecutors are planning and counter-plan accordingly.