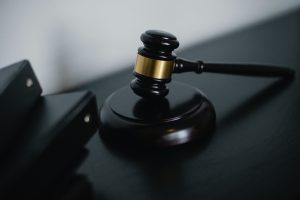 No matter the circumstances, being arrested on suspicion of domestic violence is a scary matter. It can be highly disruptive to your family, your job, your routine—and if you’re convicted of a crime, possibly your future, as well. Just being arrested, especially if it’s unexpected, can fill you with uncertainty. What kind of charges are you facing? Will you be charged with a misdemeanor, a felony, or a combination of the two?

In the State of California, every charge of domestic violence is serious, but some instances are treated as misdemeanors and some as felonies—each with vastly different ramifications if you’re convicted. Understanding what you may be charged with can help you go into the judicial process more informed and better prepared. Let’s unpack this topic and explore which types of domestic violence charges are usually tried as misdemeanors and which as felonies.

Differences between Misdemeanor and Felony Charges

Certain types of domestic violence are felonies by default; some are usually misdemeanors; and some could go either way based on the circumstances. The best-case scenario for you, in any case, would be to have the charges dismissed, if possible—and in some cases where evidence is scant, a good attorney can help facilitate that. However, if charges or a trial are unavoidable, it’s much better to face misdemeanors than felonies. What’s the difference?

Misdemeanor charges are considered lesser offenses. They tend to carry minimal fines and sentences. Standard misdemeanors carry penalties of no more than six months in jail and fines of less than $1000; “gross misdemeanors” may carry sentences of up to a year in jail and higher fines. Misdemeanors can often result in even lesser sentences, such as probation, community service, and/or mandated treatment. All told, it’s much easier to get your life back on track at the misdemeanor level.

What Is a “Wobbler?”

A certain number of domestic violence offenses are “wobblers,” meaning they may be charged either as misdemeanors or felonies. In these cases, the prosecutors usually decide whether to charge you with a felony or misdemeanor based on factors such as whether this is your first offense; the circumstances surrounding the alleged offense; the seriousness of the defendant’s injuries; and whether they feel they have enough evidence overall to procure a felony conviction. Wobbler offenses often give your attorney more latitude when it comes to negotiating for better terms or plea deals, depending on the circumstances surrounding the case.

Common Domestic Violence Offenses and How They May Be Charged

Having laid a bit of groundwork, let’s now look at some specific domestic violence situations and whether they are typically charged as misdemeanors or felonies.

One key determinant in whether you’ll be charged with a felony or a misdemeanor is whether there is evidence of physical injury to your partner. It is illegal to inflict force or violence on someone even if there is no sign of injury. However, if your partner was injured, the charge will usually be Corporal Injury to a Spouse or Inhabitant, a felony. If there is no sign of injury, the charge will more likely be Domestic Battery, which is a misdemeanor.

A similar standard holds true when the alleged offense is against a child or an elder co-inhabitant, rather than a spouse or partner. If there are signs of injury or severe mental or emotional trauma, the charge will typically be a felony; if not, it may be charged as a misdemeanor. For example: an injury-causing instance of Child Abuse will be a felony, while Child Neglect is a misdemeanor. Child Endangerment is usually a misdemeanor, but if the child is at great risk, it may be considered a wobbler.

Most domestic violence crimes that do not involve physical contact are considered wobbler offenses in California—the prosecutors will determine which to charge you with based on the circumstances. Examples of these wobbler offenses include:

When domestic violence charges involve using the Internet to inflict harm, harass, or cause distress—as in the case of cyberbullying and/or “revenge porn”—these are considered misdemeanor offenses under California law.

How an Experienced Domestic Violence Defense Attorney Can Help

Because domestic violence charges often have so much latitude as to whether they will be tried as felonies or misdemeanors, having an experienced defense attorney in your corner can truly improve your chances of a more favorable outcome. A good attorney can evaluate the circumstance of your alleged crime, look at the body of evidence, and often negotiate with prosecutors and the courts to have questionable charges reduced or dismissed to ensure your rights are protected.

Regardless of the seriousness of the alleged offense, you don’t want to face domestic violence charges without an experienced attorney in your corner. Call our office today for a free case evaluation.