On Tuesday, a shocking “not guilty” verdict was handed down in the “Trial of the Century” murder trial of Casey Anthony, stunning the Los Angeles violent criminal defense community along with the rest of the world. 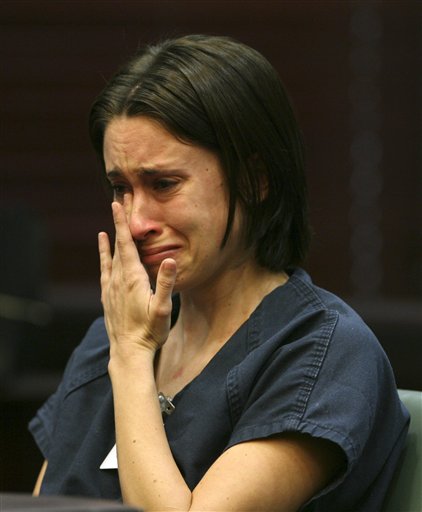 In case you have been living in a cable news vacuum (in which case, good for you), here’s a quick recap. In 2008, the defendant, Casey Anthony, allegedly killed her two-year-old daughter, Caylee, and then went out partying right afterwards.

Motivated by the particularly grisly inhuman-ness of the alleged crime, prosecutors sought to convict Ms. Anthony on a capital murder charge. This could have resulted in her execution, had she been convicted. But the jury found her not guilty of first-degree murder, aggravated child abuse, and aggravated manslaughter (although she was convicted for several lesser offenses).

Without dissecting the case any more than the blogosphere and media already have — Jay Leno, for one, stuck his foot in his mouth the other day by making a tone deaf joke about the trial — let’s take a look at lessons the case can teach Los Angeles criminal defendants.

#1. The “reasonable doubt” standard is alive and well.

Prosecutors struggled to convict Ms. Anthony because evidence connecting her with Caylee’s death was primarily circumstantial. If your Los Angeles domestic violence attorney can highlight a similarly vigorous “reasonable doubt” defense for you, the jury should acquit, even if the majority of evidence (technically known as the “preponderance of the evidence”) stacks up against you. Note that, in a civil case, the bar for prosecutors is far lower. The preponderance of the evidence rule applies. So even if you are just 50.001% guilty, then you are guilty.

#2. A “fair and just” result is often in the eye of the beholder.

The Southern California justice system is set up to mete out justice in a fair, rule-driven process. But does this process approach its Platonic ideal? Does it deliver justice 100% of the time? No way. The system is run by human beings. Human beings charged with interpreting complex, highly technical laws and processes. Mistakes get made.

Furthermore, the determination of whether an outcome is just or not hinges on subjective features of the decision. More simply: whose side your own influences your judgment WAY more than you think.

Most people who followed the Anthony trial wanted — practically begged — for a conviction. They found the decision unjust. But Anthony supporters found the decision fair and just. This all suggests that the very notion of fairness cannot be defined in the abstract — it must take place within a cognitive and cultural context.

#3. The quality of your attorney can make an enormous difference.

An experienced Los Angeles criminal defense and homicide lawyer, such as Michael Kraut of the Kraut Law Group — particularly someone who has worked as both a prosecutor and a defense attorney, like Mr. Kraut has — can anticipate the other side’s arguments, develop a strategy to defuse or circumvent them, and help you stick to a smart game plan.