Imagine someone charged with DUI in Los Angeles arriving in a courtroom and pleading not guilty. Not because he didn’t commit the crime, but because he was too intoxicated to really understand what was going on at the time of the arrest and to consent to a test measuring blood alcohol content. 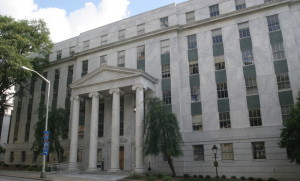 It’s happening in Georgia, thanks to a Supreme Court ruling in that state that has created a loophole in the state’s DUI law.

A report on website AJC.com said that DUI attorneys have been using this argument in court ever since John Williams won an appeal of a ruling in his DUI case before the state’s highest court. Lance Tyler, who represented Williams, said that his client could not have given his consent “knowingly and intelligently” for voluntary blood tests, since he was too intoxicated to understand what was happening and the implications of BAC testing.

Since that time, more and more DUI defense lawyers have been using that argument successfully in Georgia’s courts. The lawyers point out that since judges won’t accept a guilty plea from defendants if they’re under the influence, the same standards should apply to agreeing to blood tests when they’re alcohol impaired.

Other judges have thrown out DUI cases when the driver does not appear to have a good enough grasp of English to have understood the police officer’s explanation of consent to a blood test.

Prosecutors, of course, are not happy. The prosecutor in Williams’ case is appealing the suppression of the BAC evidence, but it’s uncertain how successful that appeal will be to the court that already expressed doubts about the consent procedure for BAC.