The Obama administration and California state officials are passionately bent on stamping out Southern California Medicare/Medical fraud, and their quest makes a good deal of sense. 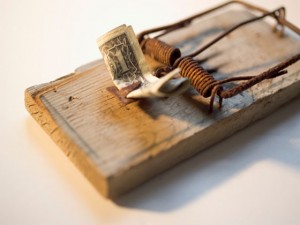 Our national and state coffers are challenged by a sluggish economy that shows no signs of long-term stabilization, and the California state budget debacles have made the Golden State something of a laughing stock.

Stories in the news about doctors, dentists, chiropractors, and other health care providers perpetrating schemes to defraud public programs out of much-needed funds have awakened righteous ire, not only in public officials but also in the public at large. The search for justice is understandable, at least from a psychological perspective, but the passion can be dangerous.

As our public officials attempt to destroy Southern California Medicare fraud and punish perpetrators, they might arrest innocent people, hold certain people responsible who really shouldn’t be, and do a lot of posturing without making any real progress on the root causes of our fiscal or Medicare program problems.

Pundits, analysts, and news commentators might do well to step back and spend less time thinking about the right solution to Southern California healthcare fraud, insurance fraud, credit card fraud, and identity theft fraud and instead attend to the bigger picture:

What drives people to commit these crimes? Why now? Why here? Why under XYZ circumstances?

Crimes are never motivated arbitrarily. There are always root drivers. And until we can figure those out – perform a collective brainstorming session – our solutions for Medicare fraud are going to fall short of the mark, sweep up innocents into the dragnet, and lead to outrageous and ultimately ineffectual punishments that might make prosecutors feel good but ultimately won’t relieve the burden on the public.

Having said all that, it’s a huge challenge to identify these root drivers.

For instance, officials are going after more people for Medicare fraud than they have in the past. More crimes are being committed. But why? Maybe the spike is just an artifact of how the problem is framed. More money is going into the medical system than ever — perhaps this “bigger pot” is simply attracting more attention from criminals.

In other words, the root cause may not be that criminals have somehow gotten smarter or developed better schemes. Rather, maybe there is just more potential money to steal, so people who might have attempted different criminal schemes are becoming more attracted to Medicare schemes because of the bigger payoff.

This is obviously speculation. But it goes to show how complicated the underlying issues and causes are.

All theorizing aside, if you are a defendant or someone close to a defendant, you need actionable, practical advice about how to protect your rights and build the best defense. Los Angeles white collar criminal defense attorney Michael Kraut can answer your questions and help you feel more in control of your life and case.