If you have been charged with a Southern California white collar crime, like insurance fraud, medical fraud, bribery, etc, you may ultimately have to face a jury trial, depending on an array of factors, including what you allegedly did, how much harm ensued, who was involved, the scope of the scheme, etc. 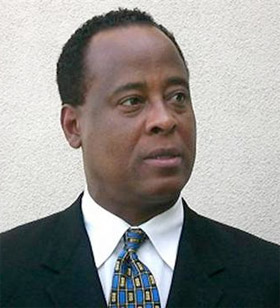 Jury selections can be a tricky business, however, particularly in high profile cases.

To wit, consider the brouhaha surrounding jury selection for the trial of Michael Jackson’s doctor, Conrad Murray. The Thursday before last, Judge Michael Pastor gathered 160 prospective jurors to see whether attorneys could find candidate jurors to hear Murray’s involuntary manslaughter trial. All 160 prospective jurors had heard about the trial.

Pretty interesting! Although not particularly surprising.

Judge Pastor cautioned the jurors to avoid searching the internet or posting messages outside about the case, as they could face fines as well as jail time for acting in contempt of court. A Los Angeles Times blog post reported that Pastor did not order the jury sequestered. That said, the jury will be “bussed to the court from a secret location each morning, and escorted away every night. Jurors will not be allowed to leave the court house during the day, and will be served lunch at the court.”

Last week, even before the trial began, the ever astute and timely reporters at TMZ.com published information about jurors obtained from questionnaires. Many of the jurors were self-declared Michael Jackson fans, including juror #127, juror #70, juror #44, juror #52, juror #99, juror #38, and juror #108. It’s obviously impossible to tell whether their appreciation for the late pop star’s artistic contributions will disrupt their ability to think clearly and single-mindedly about the allegations against Murray.

The public typically only tunes into the subtleties and nuances (and occasional injustices) of jury trials during big celebrity “trial extravaganzas” like the Murray affair. But if you or someone you care about is facing a criminal charge, such as Southern California medical or chiropractic fraud, Medicaid or Medi-Cal fraud, or some other significant charge, you and your Los Angeles criminal defense attorney will need to strategize very carefully about how to approach every aspect of your legal challenge, including how you select and interact with the jury.

Michael E. Kraut, the Managing Attorney of the Kraut Law Group, has tried over 80 felony trials in his career with an unbelievable 99% success rate at jury trials. He is the recipient of numerous courtroom awards. He lectures to prosecutors and police on criminal investigative techniques, and he enjoys a terrific reputation among prosecutors, judges, and fellow defense attorneys alike as one of the most respected trial attorneys in the city.