Crimes like Los Angeles Medicare, Medical, and Medicaid fraud are serious and scary for defendants. But the details often make for dry, complicated reading. 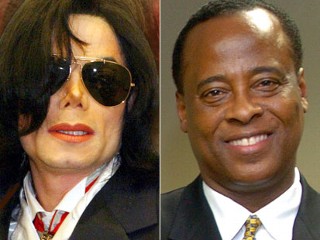 According to a report from the UK paper, The Mirror, the transcript of a witness statement “revealed that the doctor [Conrad Murray] stood in front of a lifeless Jacko in the singer’s bedroom and claimed: “He doesn’t have a problem. He is fine. He was practicing all night. I am just treating him for dehydration.””

The paramedic (Senneff) was the first person on the scene after Jackson’s overdose who was not affiliated in some way with the King of Pop. He “believed the doctor lied to him about what drugs he had given Jacko.” During Murray’s Supreme Court trial here in Los Angeles, the paramedic’s words will be parsed very carefully. Prosecutors hope that Senneff’s testimony “will show [that Murray] tried to cover his tracks after giving Jacko the anesthetic propofol.”

Murray allegedly denied to Senneff that Jackson had been taking any medication. In his panic, however, the doc admitted seconds later that he had given Jackson lorazepam for his sleeping troubles.

1) Allegedly, Murray attempted to “clear bottles” from Jackson’s room. What might have been in those bottles? Crazy amounts of medication that the star should never have had access to?

2) Senneff found Murray doing CPR on Jackson on his bed, even after the 911 operators told the doctor to move the King of Pop to the floor for CPR.

Murray’s trial promises to be one of the most watched and commented on of the summer/fall. Michael Jackson’s larger-than-life celebrity profile – and the craziness of the allegations against Murray – will inspire unending chatter in the mainstream media and the blogosphere.

Beyond all the hype, however, the Jackson tragedy and Murray’s charges highlight the fact that there are a lot of people out there who need some kind of help (psychological, medical, legal, etc.) who either don’t have access to help or don’t know how to ask for it.

If you or someone you care about has been charged with a crime in Los Angeles, like Los Angeles insurance fraud, theft crimes in Burbank, or another white collar crime in Southern California, former Senior Deputy District Attorney Michael Kraut can help. Attorney Kraut is an experienced criminal defense lawyer with a great track record at jury trials, a Harvard Law School education, and a deep working understanding of how to build and execute great defenses.