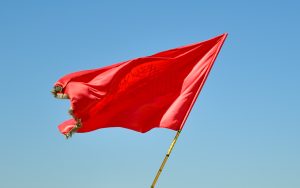 A Bit of Background

To be clear, the State of California already has one of the strictest firearms bans in the country for those convicted of crimes. Under California law, being convicted of even a misdemeanor domestic violence crime results in an automatic 10-year ban that prohibits you from possessing, purchasing, or owning a firearm during that time. If you’re convicted of Corporal Injury to Spouse (PC 273.5), OR if you’ve ever been convicted of any felony, anywhere, you’re banned from possessing firearms in California for life.

But where California’s gun ban ends, federal law takes over.

In 1996, Congress passed the Domestic Violence Offender Gun Ban, also known as the Lautenberg Amendment, which prohibits most people convicted of a misdemeanor domestic violence crime from possessing firearms–for life. That means that even if California’s 10-year ban expires, if you’ve been convicted of even a misdemeanor domestic violence offense, you likely are still prohibited from owning a gun under federal law.

Up until recently, there was one glaring exception to this rule: the “boyfriend loophole.” Because the Lautenberg Amendment only applied to those who committed domestic violence against an “intimate partner,” (meaning a spouse, former spouse, cohabitant, former cohabitant, or person with whom they had a child) it did not apply to people who were convicted of domestic violence against someone they were dating.

Under the new Bipartisan Safer Communities Act, the definition of “intimate partner” has been expanded to include “dating relationships,” meaning “a relationship between individuals who have or have recently had a continuing serious relationship of a romantic or intimate nature.” This expanded definition effectively closes the “boyfriend loophole” so that even those convicted of domestic violence against someone they were dating may be barred from owning a firearm going forward.

What This Means for California Domestic Violence Cases

For most people convicted of domestic violence in California, the Safer Communities Act will have little to no impact on them. Since most domestic violence incidents in California occur between spouses or cohabitants, the state and federal gun bans remain the same for them. The defendants who will see a difference in the consequences of a conviction are those charged with misdemeanor domestic violence toward a dating partner. Where the federal ban would not have applied to them once California’s 10-year ban expired, now the federal lifetime ban extends to them, also.

Of course, as is the case with most laws, the true clarification will likely happen as the new law gets challenged in the courts. Questions are already being raised as to what constitutes a “dating relationship”–for example, does it include things like casual fraternization or “hookups?” What should be the benchmark after which to two people are considered a “dating couple?” So just because this law has gone into effect, defense lawyers may still raise certain challenges as to whether their client was truly in a dating relationship at the time the alleged abuse occured.

About 19 states (including California) already have “red flag” laws in effect. A “red flag” law allows family members, employers, teachers, or law enforcement to petition the court for an order to remove guns from someone who poses a threat to themselves or others. In California, these are often referred to as Gun Violence Restraining Orders (GVROs). California was one of the first states to adopt a “red flag” law (which became effective in 2014), and it has helped many family members remove guns from potential domestic violence situations.

One of the provisions of the Safer Communities Act is that it $750 million in incentives for states to create “red flag” laws or to enhance existing ones. Since California’s law is already in effect and is one of the strongest in the nation, this new provision will likely not have much of an effect on Californians.Of course, being banned from possessing a firearm is only one of the possible consequences you face if you are charged with domestic violence in California. One of the best ways to protect your rights is to hire effective, compassionate legal representation to defend your case. If you’ve been accused of a domestic violence crime or are facing the possibility of a protective order or a GVRO, call our law offices today to schedule a consultation and discuss your case.