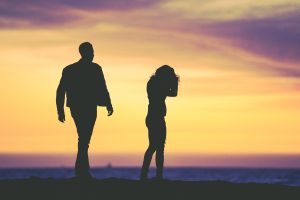 In June 2021, Connecticut became the third state in the U.S. to expand its legal definition of domestic violence to include emotional abuse (the specific legal term is “coercive control”). Similar legislation is in the works in five more states. Under these expanded definitions, domestic violence protections are no longer just provided for specific instances of physical abuse, but also for a “pattern of behavior” that controls, intimidates, or isolates a victim. In other words, victims in states with “coercive control” laws can seek restraining orders against their abusers for alleged emotional abuse, not just physical violence or threats of violence.

So where does California stand in all this? Can you be accused of domestic violence against your spouse or partner on the grounds of emotional abuse in California? Let’s explore this issue further to see what we can discover.

What Is Emotional Abuse?

Emotional abuse can take many different forms, but generally, it is defined as any behavior that is designed to control, intimidate, or isolate another person. This might include threats, name-calling, put-downs, constant criticism, withholding affection or love as punishment, isolating a person from their friends and family, monitoring their movements and communications, or even controlling them financially.

In some cases, emotional abuse can also escalate to physical violence. For example, a partner who is constantly yelling at their partner or trying to control their every move might eventually resort to hitting them or keeping them from leaving the house.

Why States are Now Defining Emotional Abuse as Domestic Violence

One in four women and one in nine men in the U.S. have experienced severe physical violence by an intimate partner at some point in their lifetime, according to the National Domestic Violence Hotline. And while it’s difficult to obtain exact numbers, experts believe that emotional abuse is even more common than physical abuse in relationships.

The challenge is that emotional abuse is often more difficult to prove than physical abuse, and yet can be, in some cases, even more traumatizing than physical abuse. Furthermore, the laws of most states only allow victims of domestic violence to get protective orders against their abusers by proving specific instances of violence–so victims are often unable to get relief in cases of emotional abuse. Former Connecticut state senator Alex Kasser, the lead sponsor of the coercive control bill in Connecticut, put it this way: “Many victims say that the invisible forms of domestic violence—coercive control— are more terrifying than physical violence. It’s time to update our systems and beliefs to reflect this reality.”

California has long been at the front of the pack, strengthening its laws to protect domestic violence victims. For example, California was the first state to make stalking a crime and the first state to make cyberstalking a crime. It should come as little surprise that in California, you can be charged for any number of domestic violence crimes without ever making physical contact with the alleged victim. Many of these crimes fall within the definition of emotional abuse or occur within the context of such abuse. Examples include:

Given California’s aggressive stance on all forms of domestic violence, it’s also not surprising that it was the second state to pass a “coercive control” law (after Hawaii and just before Connecticut). This law, which took effect in January 2021, defines coercive control as “a pattern of behavior that unreasonably interferes with a person’s free will and personal liberty and includes, among other things, unreasonably isolating a victim from friends, relatives, or other sources of support.” It does not specifically identify coercive control as a crime (mainly because it’s difficult to categorize a “pattern of behavior” as a crime). However, it does expand protections for victims of domestic emotional abuse by allowing them to seek protective orders on the grounds of this “pattern of behavior.”

Why would California pass a coercive control law when it already criminalizes many acts of emotional abuse as domestic violence? Because as with other states, up to this point, victims of domestic violence could only seek injunctive relief against their abusers over specific acts of emotional abuse, and if they could not prove those specific actions, it could be difficult to get a judge to approve a protective order. With this new law in place, accusers no longer have to make their case based on specific actions, but they can obtain a protective order by demonstrating a general pattern of emotional abuse.

What It Means for the Accused

In the State of California, it has been possible for a long time to be charged with a crime related to emotional abuse. In that regard, nothing has changed. What the coercive control law does is simply make it easier for a spouse or significant other to accuse you of emotional abuse and get a protective order against you–whether or not you’re ever charged with a crime. A protective order on its own can be highly disruptive to your life–forcing you from your home, disrupting your custody rights, and potentially impacting your ability to make a living or hold a professional license.

If you’re facing accusations of domestic violence of any kind (whether emotional abuse or physical violence), you need compassionate legal representation in your corner to ensure your rights are protected and your side is properly heard. Call our law offices today to schedule a consultation and discuss your case.