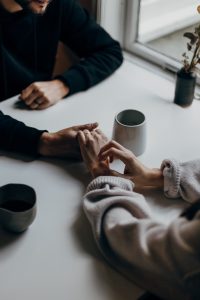 Being accused of domestic violence can have a serious and lasting effect on almost every aspect of your life. Even if you are never charged with or convicted of a crime, for example, the existence of a protective order alone can force you from your home, increase your expenses, affect your job, and a host of other consequences. One thing that you might not have considered, however, is the effect that the stigma of domestic violence could have on your future dating relationships. If your former partner has no intention of reconciling, what complications could you face with future relationships with a domestic violence conviction or a restraining order on your record? Let’s look at this question a bit more deeply.

Challenges You May Face in Dating as a Domestic Violence Defendant

While it may not be immediately apparent, there are numerous ways that being accused of domestic violence can impact your dating life, especially when it comes to making potential partners hesitant to date you. Let’s look at some of the complications you may have to deal with.

Both criminal convictions and restraining orders become part of your public record in California–and they can be very difficult, if not impossible, to remove. As more and more people are doing background information on potential dating partners, it wouldn’t be too difficult for a prospective partner to run a background check on you. If they find out that you have a domestic violence conviction or restraining order, it could make them hesitant to go out with you. If you begin a dating relationship and they discover this information after the fact (and you failed to tell them), it could mean the end of the relationship.

In limited instances, your public records can be mitigated somewhat. If you were convicted of a single misdemeanor domestic violence charge, for example, California law makes you eligible to have that record expunged after five years, so it no longer shows up on background checks. However, expungement is not an option if you are convicted of felony domestic violence or multiple instances of violence. As for any restraining order you have against you, since restraining orders are usually civil orders rather than criminal ones, they don’t enjoy the benefit of expungement. A restraining order could continue to show up on background checks indefinitely, even after the restraining order is rescinded or expires.

The Stigma and Distrust of Domestic Violence

Despite what may appear on your public record, the very fact that someone accused you of domestic violence can create a stigma with anyone you choose to date in the future. This is especially true if a restraining order is issued against you. Even if the case against you is ultimately dropped or you were found not guilty in a criminal trial, your new partner may still harbor doubts about your trustworthiness and character. Sometimes this concern may be overcome with time, patience, and ongoing accountability. But for some people, it may ultimately be a deal breaker, and you may have to accept that not everyone you date will be able to reconcile your past.

When to Tell Your New Partner

If you decide to date, either while charges are pending, or after they’ve been resolved, it may or may not be necessary to disclose any accusations made against you, at least at first. But if the relationship begins to grow beyond something casual, you will probably need to broach the subject at some point. Again, it’s best that your partner hear it from you rather than finding it out from somewhere else.

Depending on the severity of your accusation and how long ago it occurred, this could be an easy or difficult conversation to have. Nevertheless, it’s crucial to be honest with your new partner about what happened. It’s also important to tell them about any steps you’re taking to prevent a recurrence, such as attending counseling or therapy. It’s best to have this conversation fairly early in the relationship so that your partner knows what they’re getting into and can make an informed decision about whether or not to continue the relationship. You may have some apprehension about revealing a difficult part of your life, but if it’s done humbly and openly, chances are it will serve to build some much-needed trust with your new partner.

What If You Were Guilty?

Up to this point, we’ve approached this question with the assumption that you were falsely accused of domestic violence and that you’re now dealing with the unfair consequences. But what if you actually committed the violence? Does this disqualify you from having relationships in the future?

Not necessarily, but it does bring an additional question into the mix. Not only will your future dating partners have to come to grips with this part of your past, but you yourself will have to deal with it. If you have done harm to a partner in the past, the last thing you want is to repeat the cycle with someone else. As such, you may want to consider seeking professional counseling or therapy to help address whatever underlying issues led you to commit violence in the first place. If you’re able to do this work and can show your new partner that you’ve taken responsibility for your past and are committed to making changes, it may go a long way in convincing them of your trustworthiness. Again, the most important hope you have of building trust with a future partner is to own your past honestly and stay accountable for the future.

Of course, the best way to protect your future dating relationships from the stigma of an unfair domestic violence accusation is to do everything in your power to fight the allegations when they occur. If you can avoid being convicted of domestic violence and/or prevent a temporary restraining order from becoming permanent, these stains should not appear on your record in the first place. The best way to accomplish this is to hire an experienced Los Angeles domestic violence defense attorney to represent your interests and protect your rights. Contact our offices to schedule a consultation.