The cases handled by a Los Angeles DUI attorney can be unusual, but other areas of the country have their fair share of stories that make you think, “What could that driver have been thinking?”  Here are a few recent examples: 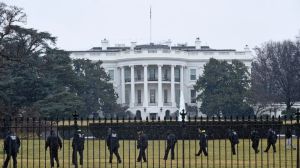 •    Maryland media reported in February on the arrest of a school bus driver for DUI. What made this story really unusual—and a little scary—is that the driver was driving erratically on the busy Baltimore Beltway, on her way to pick up children for a field trip to Washington D.C.  Police pulled the driver over after receiving several frantic 911 calls from motorists who observed the bus swerving all over the road. Officers found four empty, full or partially full containers of alcohol and beer when they searched the bus.

•    Where do Secret Service agents go when they’ve had a little too much to drink? The Washington Post reported in March that four senior agents, including one who helps guard the President, decided to head back to the White House after partying a little too much. Unfortunately for them, they ended up driving a government car into a security barricade at the President’s home. Fortunately for them, the security supervisor that night ordered subordinates to let them go without testing them for BAC.

•    Then there was the Zamboni driver who was smoothing the rink at the Fargo, North Dakota, South Sports Arena for an ice hockey game between the Davies High School and Williston High School girls’ teams. The driver apparently had a difficult time keeping the machine in a straight line; after observing him at work, concerned spectators called police who arrested him for allegedly driving under the influence. The driver has pleaded not guilty, so it will be up to the courts to decide if a DUI charge applies when a vehicle is moving on ice.

END_OF_DOCUMENT_TOKEN_TO_BE_REPLACED

Veteran lawyers and police officers can tell you that Los Angeles DUI arrests can occur in all sorts of diverse vehicles. You can be arrested for DUI any time you are on public property driving a motorized vehicle, including golf carts, boats, ATVs, UTVs, lawn mowers, and yes, even Zambonis! 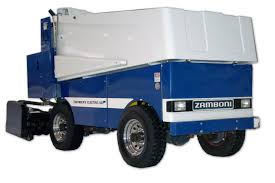 On January 31st, officers busted a Zamboni driver at a high school ice rink for driving under the influence. In case you’re not a hockey fan… Zambonis are drivable ice rink cleaning machines; they’re named after the person who invented them. Attendees at this hockey game noticed the driver’s impairment when his driving noticeably changed between the first and second periods. Witnesses noticed that the driver had been “weaving and bumping into the boards on the rink.” Luckily, no one got injured.

Steven Anderson, the driver, could face 30 days in jail and a $1,000 fine. Anderson had been employed seasonally with the ice rink company, Fargo Parks, intermittently for 6 years prior to his arrest. He will face disciplinary action with Fargo Parks, and he could face serious criminal consequences if convicted of the DUI, including jail time, loss of his (real) driver’s license and tough probationary terms.

Although Zamboni and lawnmower DUI cases may seem amusing to the general public (and even to those accused of serious DUI crimes themselves), they’re really not a laughing matter. You can still get hurt or killed (or hurt and kill others) with these motorized vehicles and face charges per California Vehicle Code 23153, which elevates a DUI to a felony if you hurt someone while operating a vehicle while under the influence.