Underage drinking and driving often go hand-in-hand in Los Angeles DUI cases. But what if the driver is underage and the person who has been drinking is the one who ordered her to drive? 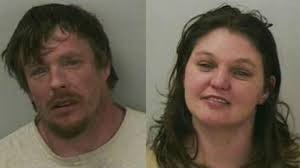 A 911 caller in Polk County, Wisconsin, alerted police to a car moving erratically along a local road. Sheriff’s Deputy Jeff Hahn caught up with the vehicle at a public boat launch and went over to the car, probably expecting to find a driver operating the vehicle under the influence.

What he found instead was a 9-year-old girl at the wheel; she had apparently driven the car for miles. Her mother, Amanda Eggert, and the mother’s boyfriend, Jason Roth, were reportedly sitting in the car intoxicated. The girl’s 11-month-old sibling sat strapped into a car seat.