Judges are doling out some harsh punishments for drivers who don’t learn their lessons after their first DUI conviction. State laws offer guidelines for punishment; under California Vehicle Code 14601.2, for example, people with a second conviction for a DUI in Los Angeles may face up to 180 days in jail and a $2,000 fine. But judges do have some leeway, and many are choosing to be severe. 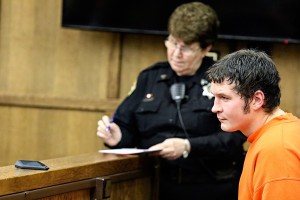 In Montana, a man who violated his parole after killing a 27-year-old teacher in a DUI-related accident will serve 10 years in prison. DailyInterLake.com reports that Jason DeShazer spent 3 ½ years in jail on a negligent homicide conviction before his release. He was arrested again in September 2015, when police picked him up for a DUI on a motorcycle and with driving without a license. In another incident in that same month, police who had stopped him on suspicion of DUI found him with methamphetamine and heroin in his vehicle. The judge ordered DeShazer back to prison to serve out his original negligent homicide sentence; he still awaits trial on the newer charges.