When people read about Los Angeles DUI defense stories, they often get suspicious. Are DUI attorneys simply getting dangerous people “off the hook” and causing miscarriages of justice? 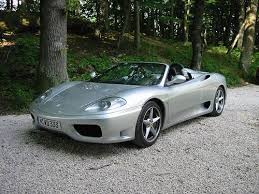 The reality is: absolutely not.

Attorneys like Michael Kraut of the Kraut Law Group work diligently to ensure justice and fairness and to protect people who don’t understand their rights and obligations. But every once in a while, some ridiculous story comes down the pike that seems to confirm the popular suspicion that DUI lawyers are simply in business to get dangerous drivers off the hook. This sets our entire cause back substantially.

Consider, for instance, the recent case of Joseph Shaun Goodman, a Washington state man who smashed up his $70,000 silver Ferrari F360 on December 29, 2013, after leading police on a high speed chase. Per news reports, this was Goodman’s seventh lifetime DUI arrest. He just pled guilty to both the DUI charge and a felony charge for alluding police.

However, per his arrangement, he will not spend a single day in jail.

Another man, Henry Griffin, had been riding in the car with Goodman on the evening in question, when police saw his Ferrari speeding and tried to pull him over. Instead of stopping, Goodman fled, driving erratically at high speeds. Griffin called 911 and begged his friend to let him out of the car. Goodman finally slowed down enough so that Griffin could jump out of the car. He did and got pretty banged up as a result.

Griffin, who was still on the line with 911, then reported “I jumped out of the car and now I’m calling you guys because you I’m scared he might be looking for me… he smoked them, man. I mean, he went so fast.”

Griffin later told a local paper “he hit a buck thirty through all the red lights in town… I thought I was going to die, 100%.”

Eventually, Griffin crashed, and police caught up to him. They tested him and found that he had a 0.16% BAC – twice the legal limit in Washington and here in Southern California. He was busted not only for felony eluding and felony DUI but also on suspicion of falsely imprisoning Henry Griffin. Local law says that someone with two or three DUI priors gets, who get caught for DUI again with a BAC greater than 0.15%, must serve a prison sentence of 120 days. But Goodman somehow managed to get out of this penalty, prompting Griffin and two dozen others to protest the lenient punishment.

In Southern California, if you are convicted three times for DUI within a period of ten years, you can similarly face mandatory massive jail time, even if you didn’t hurt anybody, elude police or falsely imprison anyone in your vehicle.

Whether Goodman’s result was another case of “affluenza,” as critics have said, or just a fluke or lucky break is impossible to say.

If you or someone you love wants a free consultation about your rights and options, call former Senior Deputy District Attorney for Los Angeles Michael Kraut today to get the insight you need into your Los Angeles DUI defense.
END_OF_DOCUMENT_TOKEN_TO_BE_REPLACED