While motorists arrested for DUI in Los Angeles frequently cause serious injuries to other drivers or pedestrians, they rarely do so with an intention to inflict harm. But a man driving under the influence in Las Vegas not only hit a close family member with his car—on purpose—but he also injured a man standing in his own home. 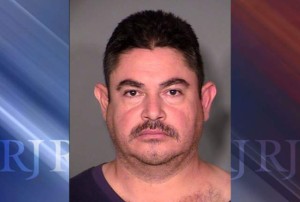 No one knows what Jesus Mendoza Cabezas and his wife Gabriela Marin de Mendoza were arguing about on the evening of Monday, October 5th. But after the argument, Cabezas ended up behind the wheel of his Chevrolet Avalanche and de Mendoza headed across a crosswalk on the road. While driving away, Cabezas allegedly suddenly made a U-turn, gunned the engine, mowed down his spouse and then plowed into a fence of a nearby home. Her body flew into the yard of the home owned by Zach Hollis.

But that didn’t stop Cabezas, and his vehicle kept going, crashing into Hollis’ home. The Avalanche missed the homeowner by only a foot. Hollis did suffer back injuries and required hospitalization.

Cabezas, meanwhile, allegedly ran from the scene, but witnesses to the accident didn’t let him slip away. They brought him back to the scene and held him until police arrived. Emergency workers pronounced de Mendoza dead at the scene, but observers said Cabezas showed no sign of emotion at that pronouncement.

The couple’s six children, left without a mother, will likely have to do without their father for many years as well. Police charged Cabezas with DUI, driving without a license and failing to maintain his traffic lane; he will also have to answer an outstanding warrant for DUI and other traffic violations. Press reports said police also expect to charge him with murder with a deadly weapon.

END_OF_DOCUMENT_TOKEN_TO_BE_REPLACED

Young people are particularly prone to making stupid decisions that can have long-lasting consequences. Sometimes two poor decisions combined can result in a tragedy. It happens way too often with Los Angeles DUI arrests, and it happens all over the country as well. 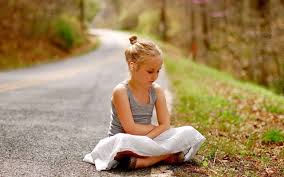 No one will ever know for sure just why 13-year old Trinity Bachman decided to sit in the middle of a road in Apopka, Florida, on February 28th. The teen had argued with her mother and her sister about who was going to sit in the front seat of their vehicle. According to the Orlando Sentinel, the fight ended with Trinity refusing to get into the car. She took off, saying she was going to walk home.

After spending some time searching from Trinity, her mom finally found her sitting in the middle North Christiana Avenue near Oak Street in Apopka, Florida. Fearing for her daughter’s safety, her mom, Janice Pedroza, stopped her own vehicle, put on the flashing lights and tried to get Trinity back into the car.

That’s when the second dumb decision converged with the first. Mackenzi Sue-Rose Miller, a 21-year old, apparently decided to drive her Nissan Sentra even though she had too much to drink.  She traveled down North Christina Avenue at just the wrong moment.

Although Pedroza tried to signal Miller to keep away, the young woman hit Trinity’s mom first and then Trinity. Pedroza survived, but doctors declared Trinity dead about 20 minutes after the crash occurred.

Police charged Miller with DUI and DUI/personal injury after tests showed her blood alcohol level was 0.114–well above Florida’s 0.08 limit.