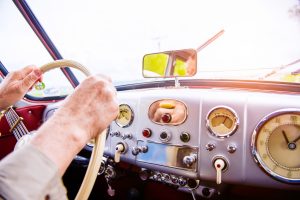 Hopefully you never put yourself in a situation like the following scenario, but for the sake of discussion let’s consider it:

Suppose you’ve been out with friends for the evening. You’ve had a couple of drinks, and while you might be flirting with the legal limit, you feel in control of your senses for the time being. Against your better judgment, you decide to get behind the wheel.

Halfway home, you crash into another vehicle at an intersection you’ve passed a hundred times before. You don’t know where the other car came from, but you also don’t remember actually driving to this intersection before the crash happened. You panic. Perhaps you’ve been arrested for DUI before, and you don’t want the police asking questions. You decide visually that (probably) no one was hurt, so without getting out of the car—you drive off.