Many school districts across the country face a frustrating shortage of qualified bus drivers. Some people don’t want the job because they can’t imagine spending a few hours every day with noisy grade schoolers and/or middle or high schoolers with an attitude. Others have incidents on their driving records—like a DUI in Los Angeles—that make them ineligible for such positions.
One driver in Indianapolis, Indiana, and another in Orange Beach, Alabama, aren’t likely to be getting behind the wheel of a school bus again—not after their high-profile arrests for DUI. 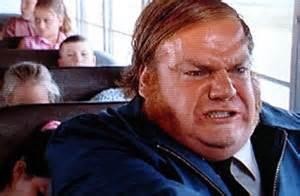 The bus driver in Orange Beach allegedly contributed to his own downfall. Patrick Glossop, who worked for Baldwin County Schools, hit a sign while dropping off students on Ono Island. Glossop, who had four students left on the bus, told the Ono Island private security guard what happened. The security guard called police, who eventually charged Glossop with DUI and four counts of child endangerment (one for each student).

Glossop’s blood alcohol wasn’t at the legal limit for most DUI arrests, which is 0.08; his reportedly tested 0.07. But that number is far above the BAC limit for commercial drivers, which is 0.02.

Meanwhile, in Indianapolis, reports say that Janet Kay Shaw took out utility pole wires, causing a power outage, and drove on the edge of the road while picking up students for their morning trip to school. Several of the 21 kids on the bus called their parents, who alerted school authorities. They waited for Shaw when she pulled in with her load of students and took her off the bus right away.

Police arrived on the scene and found Shaw had a stash of drugs on the bus. They charged her with 21 counts of endangering a minor while operating while intoxicated, possession of a controlled substance and leaving the scene of a crash.

END_OF_DOCUMENT_TOKEN_TO_BE_REPLACED

Drivers arrested for a Los Angeles DUI won’t win any medals for good conduct. But they do open themselves up to strong condemnation when they put their children at risk by loading them into a vehicle and then driving under the influence. Unfortunately, newspapers throughout the U.S. report this kind of incident almost every day. 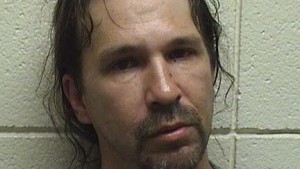 For instance, the Daily Press in Talequah, Oklahoma, reported that Lucy Danielle Sanders, age 27, buckled her 21-month-old son into his car seat but left one of his arms dangling out of the harness. She drove off, but police picked her up after she allegedly crossed the white line on a local bypass. Sanders not only failed the field sobriety test; she couldn’t complete it, because she couldn’t keep her balance, according to reports. The charges the cops filed against her included driving under the influence of drugs, child endangerment and failing to properly restrain a child.

At least Sanders made an attempt to secure her child in the car. When police stopped Joseph Ramos in South Windsor, Connecticut, a few days later, his young child allegedly was asleep in the back seat without even a seat belt buckled around him for protection. Police stopped Ramos, age 41, for a traffic violation. But then officers noticed that he appeared to be driving under the influence. Ramos failed a road sobriety test, and officers carted him off to jail, where they charged him with DUI, risk of injury to a minor, failure to wear a seat belt and failure to secure a child.

There’s no word on what happened to the kids in either case, but hopefully they made it home safely in the custody of a sober driver.