Three lawyers apparently thought that they could win some favor with a jury by arranging a DUI arrest for the attorney opposing them. It’s unlikely that any recent case of DUI in Los Angeles has as convoluted a back tale as this one. 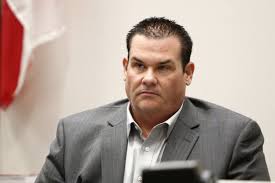 It all goes back to 2012-2013, when Todd “MJ Kelli” Schnitt, a conservative radio talk show host in Tampa, Florida, sued a rival from another station. Schnitt’s lawsuit alleged that Bubba the Love Sponge Clem (that really is the name he uses) had defamed Schnitt and his wife Michelle during several radio shows. (For example, he called Michelle a whore at one point.) A jury eventually found in Clem’s favor.

But even as the trial was going on, there was another drama taking place behind the scenes. Robert Adams, Stephen Diaco, and Adam Filthaut, the attorneys representing Clem, apparently arranged for their legal secretary, Melissa Personius, to flirt with Schnitt’s attorney, Phil Campbell, in a bar. Her job was to keep Campbell drinking and then get him behind the wheel of a car so a waiting cop could pick him up for DUI. Campbell could have walked home, but Personius asked him to take her home, claiming she was too drunk to drive.

Personius denied that her bosses had put her up to the scheme, but her ex-husband claimed that she had told him she would get a big bonus for her part in the scheme. (Her ex also videotaped her telling that story.)

Clem’s three attorneys, who have denied the charges, now face a disbarment trial for their role in the DUI setup. Meanwhile, prosecutors have dismissed the DUI charges against Phil Campbell.