Would the public and people suspected of driving under the influence in Burbank, Long Beach, and elsewhere in Southern California be better served if police use more accurate methods to test for blood alcohol concentration (BAC) levels? 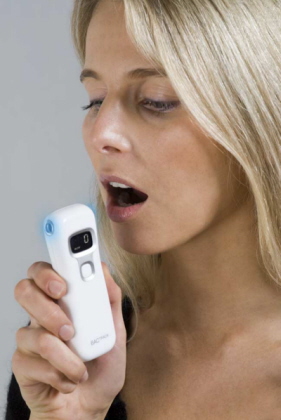 The Breathalyzer device has been a law enforcement staple for decades. Most people — including most police officers and drivers — assume that Breathalyzer tests used at DUI checkpoints are pretty accurate.

We take it on faith that these tests work at least well enough to determine guilt or innocence for driving under the influence in Southern California. However, unrefuted analyses show that Breathalyzer readings can be riddled with errors. Let’s examine some of the most common sources of error:

1. Calibration problems
Silicone oxide sensors can be contaminated and influenced by chemicals other than ethyl alcohol (the “active ingredient” in most cocktails and drinks). Both the so-called wet bath method and the dry gas method of calibration have flaws. A failure to recalibrate — or interference with recalibration — can lead tests to be widely off the mark.

2. Certain chemical compounds can interfere with readings
Diabetics, most famously, can have acetone levels in their blood that can throw off BAC readings (and thus yield a false positive). A scientific study out of Europe recently found that certain asthma medications can also lead to false positives. Environmental compounds, such as MTBE — an additive in gasoline — can also interfere with breathalyzer mechanisms and lead to false positives… as can paint remover, other kinds of alcohols, lacquers, and volatile organic compounds (VOCs).

3. Variations among people
Variations in human physiology abound, and these can play a not insignificant role. One person’s breath may be “more alcoholic seeming” than another person’s breath — even though the two subjects may have identical BACs. In other words, someone well above California’s legal limit of 0.08% could test below the legal limit because he has what’s known as a high partition ratio. Conversely, a driver who has a low partition ratio (e.g. 1400:1) could have a de-facto BAC level of 0.06% and still test above the legal limit for Long Beach DUI.

4. Officer bias and other issues
Police officers are people too, and they can make mistakes — both in terms of recording BAC levels and in terms of conveying relevant information up the chain of command.

So what should you do if you or a loved one has been slapped with a misdemeanor charge of driving under the influence in Long Beach, and you believe that the Breathalyzer test gave a false positive? Even if the facts are on your side, you still likely need a competent and trial-proven lawyer to help you plead your case.

Many Southern California DUI defendants have turned to Attorney Michael Kraut of Los Angeles’ Kraut Law Group for high quality defense help. Attorney Kraut applies lessons he learned as a prosecutor of DUI cases (he served for 14 years as one of Los Angeles’ top deputy district attorneys) to build air tight arguments and winning strategies for his clients.