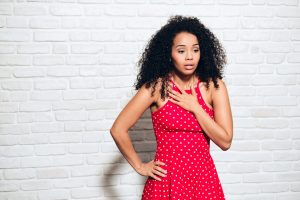 What these numbers suggest is that if you get arrested and convicted of domestic violence, you’re statistically likely to do it again—even though you may not even have had any prior arrests! In other words, an act of domestic violence doesn’t just cause damage in the short-term; it has the potential to send your entire life in a negative cycle for years to come. Let’s look at this issue from some different angles to see what you can do to disrupt the cycle.

As is the case with most criminal offenses in the State of California, the penalties for domestic violence charges increase in severity with repeat offenses. For example, a first-time conviction on a misdemeanor domestic battery charge can result in fines up to $2000 and up to a year in county jail. The judge may opt to stay your jail time and put you on probation, but you will be required to attend a year-long batterers’ intervention program and probably do community service. However, if you are convicted of a domestic battery a second time, you’ll serve a minimum of 48 hours in jail in addition to any of the other penalties.

For felony charges, the consequences of repeat offenses get even more severe. For instance, the first offense of felony corporate injury to a spouse carries a penalty of up to a year in county jail or up to 4 years in state prison. For a second conviction within a 7-year period, that penalty includes a mandatory 15 days in jail plus prison time of up to five years. In addition, a felony domestic violence conviction qualifies under California’s “Three Strike” rule, which means the judge may impose progressively harsher sentences for repeat offenses. By the “third strike,” you could be facing 25 years to life in prison.

In almost all cases of domestic violence, even for first offenses, the judge will issue a protective order forbidding you to have contact with the victim. In certain instances, the judge may modify these orders at the victim’s request, but if he/she deems it unsafe, the judge may still forbid contact even if the victim desires it. This can be highly difficult for families who might otherwise wish to reunite—and for repeat offenses, the judge will likely be even less lenient. (Not to mention that violating a restraining/protective order comes with its own set of penalties.)

The other factor to consider is custody and visitation rights. The state holds the safety of children as a high priority, so if you are convicted of domestic violence, you can lose your right to custody under California law. Also, a protective order can prompt a judge to revoke your visitation rights if he/she feels it is unsafe for the children—even if your DV charge did not involve your children directly.

With more employers performing background checks on their new hires, a single domestic violence conviction on your record may raise some eyebrows. However, repeated offenses increase the likelihood that a hiring manager will look elsewhere. The issue worsens if you are convicted of felony domestic violence because felony convictions may prevent you from getting certain professional licenses. In other words, going down the path of domestic violence can severely limit your ability to make an income, which may only feed into the underlying issues that caused the incident in the first place.

Understanding the dangers and consequences of recidivism when it comes to domestic violence, if you’ve been charged or convicted once, what can you do to break the pattern and prevent repeated incidents? Some tips to point you in the right direction:

A domestic violence arrest or conviction doesn’t have to leave a permanent stain on your life; you can make positive choices to turn the ship around. If you’re currently dealing with domestic violence charges and need compassionate representation, call our offices for a free case evaluation.