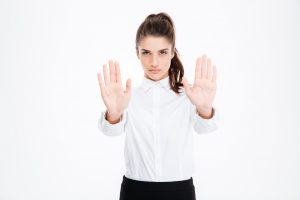 Ironically, a few cities like New York City and Chicago have reported an overall reduction in crime since lockdowns began, but The Marshall Project says these statistics don’t tell the whole story, and they have expressed concern that many cases of violence are going unreported. Some of the possible contributing factors may include:

A majority of Americans understand the value of stay-at-home orders in combating this pandemic. After all, COVID-19 is a silent, random killer that can be transmitted even among people who show no symptoms. However, advocates have expressed concerns that this widespread strategy to protect the public has left a significant part of the population vulnerable by quarantining potential victims in close quarters with their abusers. In fact, several contributing factors may even be making a bad problem worse. Some examples:

For victims of domestic violence who find their options reduced, advocates are devising new opportunities for them to seek help. In France, for example, DV victims have been advised to notify their local druggist if they are in danger, using a special predefined code word if they cannot speak freely. Social media and the Internet have also provided new avenues for sounding alarms. Some users have advised their friends to communicate via code if they are in trouble, and local charities and agencies are utilizing secure chatbots for victims who fear their partner is tracking their activities online.

In some cases, situations at home may be triggering violence that wouldn’t normally occur. We’ll soon follow up on this discussion by talking about some of those triggers and how you can head domestic violence off at the pass. In the meantime, if you have recently been arrested on suspicion of DV, we can help. Call our offices for a free case evaluation.