If you’ve recently been arrested for the crime of petty theft in Los Angeles – i.e. stealing money or property worth $400 or less — you can be hit with a misdemeanor charge and forced to spend half a year of your life behind bars – as well as to pay serious court fines and restitution, attend counseling and probation, perform community service, and so on. 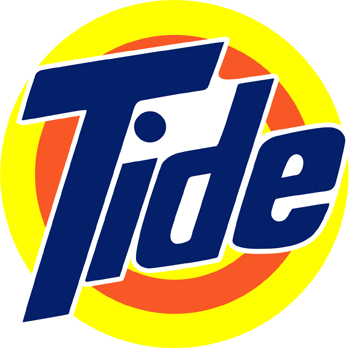 Petty theft and shoplifting, in other words, can lead to not so petty consequences!

That being side, some would-be thieves will not be deterred. A nationwide string of Tide laundry detergent thefts has storeowners miffed and law enforcement agents baffled. No one really knows why laundry detergent has become such a hot black market commodity. But some people who’ve investigated believe that the thefts may be linked to drug trafficking. In California, 55-year-old Roland Ledesma got hit with a $1 million bail after he stole nine bottles of laundry detergent and crashed his car near the scene. Ledesma reportedly had multiple priors, and police apparently had reason to believe that he was under the influence of methamphetamines or alcohol during the theft/car crash.

But still – $1 million is a pretty steep bail!

While we may not be able to solve the mystery of the Tide thefts any time soon, the seriousness with which prosecutors treated Ledesma — and others who have stolen detergent — should serve as a wake up call. Petty theft in Los Angeles is not just a bad idea because you don’t want to get convicted of any crime. It’s a bad idea because a conviction renders you far more vulnerable to future penalties. For instance, say you shoplift a few bottles of Tide and then get caught and arrested and charged. Then say, a few weeks or months or years later, you commit the same crime – another relatively innocent petty theft. A prosecutor can ratchet up your potential punishments by charging you with a Penal Code Section 666 felony. This is technically known as Los Angeles petty theft with a prior. As you probably already know, a felony conviction can lead to over a year behind bars. Convicted felons also lose the right to vote in elections permanently… and suffer all sorts of other serious consequences with respect to their insurance, employment, housing, and so on and so forth.

The innocent mistakes of youth or desperate acts of addicts can create massive extra problems for people who are already probably struggling with a boatload of issues in their lives.

The best way to unravel these problems and to come to terms with you might be able to do is to connect with a Los Angeles petty theft attorney here at the Kraut Law Group. Attorney Michael Kraut is a really experienced and trusted former prosecutor. In his former role as a Senior Deputy District Attorney for the City of Los Angeles, he used to go after defendants and try to put them behind bars. He retains great relationships with his former colleagues, and he understands the prosecutorial mindset better than most defense attorneys out there. Attorney Kraut has a 99 percent success record at jury trials, and he can help you with all sorts of Los Angeles theft crimes, such as carjacking, burglary, vehicular theft, embezzlement, shoplifting, and petty theft with prior.