If you’ve been arrested for lewd conduct in Los Angeles – either for engaging in an alleged act or soliciting someone else to engage in sexual conduct, you are probably pretty scared, confused, and fearful about the charges. There are two basic laws that cover lewd conduct: California Penal Code Section 314 and California Penal Code Section 647(a). Let’s take a look at these two laws. 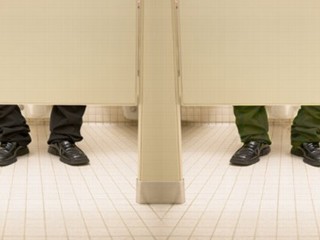 314
This section of the CA Penal Code says that if someone knowingly exposes themselves in public to offend or annoy other people, he or she can be hit with a misdemeanor charge and face up to a full year behind bars.

This section deals with solicitation. It says that if someone commits a lewd action or sexual conduct in public (e.g. in a public park, bathroom, or parked car) he or she can be charged with a misdemeanor. In many cases, defendants are apprehended after police sting operations.

Lewd conduct charges often turn into a game of “he said, she said” (or “he said, he said”). For instance, a gay man might be approached in a public place and solicited for a sexual act. If the man responds, the other party could reveal that he is actually an undercover police officer… who then arrests the first man for exposure in public or lewd conduct. In situations like this, the undercover police offer is often the only other person to witness the event, so the case turns into a war of testimonies – the officer’s versus yours.

Getting convicted of a lewd conduct misdemeanor is certainly no fun, but the punishments can go beyond fines, jail time, etc. In certain cases, the prosecution may get you charged as a sex offender, a label that can last a lifetime and cause massive logistical and personal headaches.

If you’ve been hit with a charge of lewd conduct in Los Angeles, especially if you’re a first time offender – you can benefit hugely from connecting with attorney Michael Kraut of the Kraut Law Group (6255 Sunset Boulevard, Suite 1520, Los Angeles, California 90028). Attorney Kraut is a former prosecutor (a Harvard Law School educated attorney) who has helped many people in your situation get into diversion programs and thus escape some of the scary charges that we discussed, such as lengthy jail time and the “sex offender” label.

Your charges can be enhanced if you face multiple counts of lewd conduct or if you face other charges simultaneously or if you have a past criminal record. The longer you wait to retain an appropriate Log Angeles 647(a) lawyer, the more difficult it might be to construct your defense, preserve evidence, and leverage other useful legal options and resources.