Think of the most self-destructive thing you could possibly say or do after a Los Angeles DUI arrest. 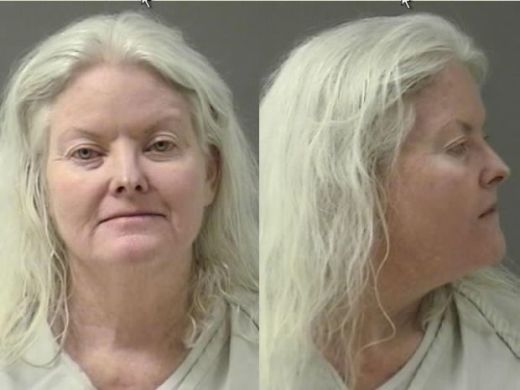 On October 8th, police arrested Omeara for her fourth lifetime DUI, after she called police from her car to tell them that she was “just too damn drunk” to leave her vehicle. According to local reports, Omeara consumed an entire pint of vodka in just 5 hours and then got behind the wheel. When she called officers at around 10:40 PM, they wanted to know whether she had a “medical or mechanical issue,” to which she responded: “No, I’m just too damn drunk.”

Police came to the scene, shortly thereafter, and freed her from her vehicle. They then gave her a breath test. She blew a whopping 0.311% BAC reading. That’s nearly four times the legal limit for driving under the influence in Southern California (or anywhere in the U.S., for that matter).

In fact, Omeara is actually lucky that she didn’t die. At around the 0.30% or 0.40% BAC mark, you can suffer serious medical problems. For instance, you can go into a coma, suffer liver or organ damage, and experience other catastrophic, unwelcome side effects.

Omeara’s cry for help was actually less “crazy” than it seems.

She had been stuck in her car for four hours, right outside her home. (She was just a few feet from her house!) But imagine if she had been stuck in a snowstorm and had lost reception on her cell phone. She could have frozen to death in her car. Alcohol is a natural vasodilator; it releases heat from your body’s core. (That’s why you get a “warm flush” when you have a glass of whiskey on a cold day).

In other words, she could have frozen to death just feet from her own home.

Not that she’s going to have an easy time defending against a 4th DUI, either.

If you’re convicted multiple times for driving under the influence in Los Angeles, you can face substantially increased penalties, such as more jail time, felony charges, a longer license suspension, and other unpleasantries.

To make sense out of your Los Angeles DUI charges and advocate aggressively for your rights, connect today with Mr. Michael Kraut of the Kraut Law Group. Mr. Kraut is a Harvard Law School educated ex-prosecutor. He serves as legal expert for KTLA News, LA Weekly, and other respected publications throughout the Southland and beyond.

If you have been arrested for a DUI in Los Angeles or you are under investigation for driving under the influence in Southern California, please contact Los Angeles criminal defense attorney Michael Kraut for 24/7 assistance by phone at (323) 464-6453 or toll free at (888) 334-6344 or online. We’re located at 6255 Sunset Boulevard, Suite 1520, Los Angeles, California 90028.