Do you sometimes wonder why Los Angeles DUI defense attorneys do what we do? 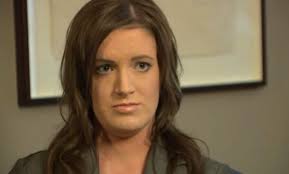 After all, isn’t it a universally “good thing” that police officers scoop dangerous drivers off the street and punish people who make dumb decisions that ultimately take lives?

Obviously, the police can and do awesome work to protect us all, and even the most aggressive DUI defense advocate believes we should live in a world with consequences.

But a recent case out of Wisconsin demonstrates dramatically why teams like the Kraut Law Group do what we do.

On February 20, 2013, a 25-year-old Wisconsin woman, Tanya Weyker, suffered a broken neck (in four places), after a sheriff’s deputy hit her car, sending it into a tree. As the woman told Fox News, “it was a miracle I wasn’t paralyzed.”

It was already a bad and horrible situation for Weyker. But it got much worst.

The sheriff’s deputy who hit her, Joseph Quiles, blamed her for the accident and arrested her for DUI, sending her into a legal and logistical nightmare. Weyker had been prescribed Vicodin for wisdom teeth that she had had out, but she hadn’t taken that drug for a week. She did say at the scene that she had had “a few sips” of a friend’s drink. Deputies also noticed that she had red, bloodshot eyes. But then again, she was crying from the pain of her accident (she had just been knocked into a tree and had broken her neck in four places!)

Even though she was too hurt to take a breath test or blood test, authorities still arrested her on five charges, including DUI with injury. In California, that’s a very serious charge, punished by CVC 23153, and it can lead to a felony conviction and over a year behind bars.

Even more awfully, in the police report, Deputy Quiles wrote that he had come to a full stop at the stop sign and that Weyker didn’t have her lights on. Weyker happened to have a Toyota Camry, which always turns on the lights automatically, so he was factually incorrect. And Weyker’s blood tests came back completely negative, meaning she not been DUI in the least.

Two days after the accident, surveillance footage of the accident emerged and showed that Quiles was clearly at fault. But instead of exonerating and apologizing profusely to Weyker, law enforcement continued to pursue the case.

Meanwhile, Quiles has finally admitted to causing the crash. Here is a transcript from an internal investigation:

Investigator: “You believe that you probably did roll [through the stop sign]?”

Investigator: “Because of that, do you believe you are at fault for this accident?”

Weyker has filed a complaint, which could pave the way for her to launch a civil suit against that police department.

If you or someone you love needs a DUI defense, call a Los Angeles DUI defense attorney with the Kraut Law Group immediately for a free consultation.