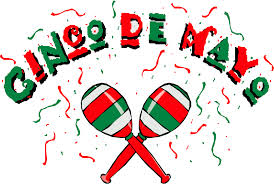 On Saturday, the LAPD set up checkpoints in North Hollywood (Laurel Canyon and Oxnard Street) and the Universal City area at Broadlawn Drive and Cahuenga Boulevard – both ran from 8 PM to 2 AM.

On Sunday, a Sheriff’s checkpoint ran in Norwalk from 6 to midnight.

And all those were just the checkpoints designed for the “lead up” to the holiday!

As the LA Weekly article warns “don’t be estúpido. Be safe.”

If you or someone you love acted in an “estúpido” fashion on Cinco de Mayo, you may be wondering what you can do to protect your rights, your license, your future, and your freedom. For a thorough, grounded and strategic consultation about your potential defense strategies, call a Los Angeles DUI attorney with the Kraut Law Group today to get the insights you need. Mr. Kraut is a former prosecutor (a senior level deputy district attorney), and he maintains great relationships with judges, police officers, prosecutors and other members of the Los Angeles DUI community.