If you’re arrested and convicted for driving under the influence in Los Angeles, you can face a gallery of potential punishments, including but not limited to: 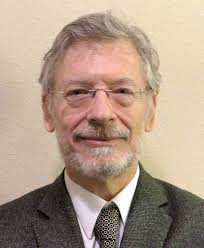 •    DUI alcohol school;
•    Fines and fees;
•    Jail time;
•    Mandatory driver’s license suspension;
•    Mandatory installation of IID device in your car (which prevents you from driving unless you blow a “non-alcoholic breath” into a machine);
•    Harsh probation terms.

A standard remedy in DUI cases is rehab. The court can mandate that you enter rehabilitation to “get sober” and stop being a danger to the society.

12-step programs are ubiquitous in California. But they are surprisingly far less effective than the conventional wisdom would have you believe, at least according to Harvard University psychiatrist, Dr. Lance Dodes, author of the controversial but compelling new book, The Sober Truth.

Dr. Dodes (who co-wrote the book with his son, Zachary) argues that Alcoholics Anonymous (AA) has a success rate of only 5% to 10%. Astonishingly, most rehab facilities do not keep track of recidivism rates beyond a year.

The Dodeses provide compelling research that suggests that 12-step approach just doesn’t work for 90% of the people who enter the program. Nevertheless, AA remains the “standard candle” — the default treatment for alcoholism in our society. The Dodeses argue that other treatment methods have had far higher success rates — yet public health authorities don’t seem to care.

In fact, even though AA does work for 5-10% of people, 5-10% of alcoholics will spontaneously get better without ANY intervention. In other words, at least statistically speaking, AA treatment appears to be the equivalent of no treatment at all.

Dr. Dodes offers his own pet theory about what really causes addiction, which he details in another book, The Heart of Addiction. His central thesis is that addiction is a kind of compulsion – it’s not a “brain disease” caused by malfunctioning dopamine signaling, as some conventional experts suggest, but rather a psychological phenomenon.

To illustrate his point, Dr. Dodes points out that addicts often “feel better” the moment they make the decision to drink – NOT when the alcohol actually touches their lips. This evidence suggests that psychology is key to the process.

He also points out that, during the 1960s, many U.S. service personnel stationed in Vietnam became addicted to heroin – one of the most physically addicting drugs on Earth. When these soldiers returned from war, most quit heroin easily. Most “domestic” heroin addicts, by contrast, had (and still have) a horrible recidivism rate. Dr. Dodes suggests that this evidence again shows that the problem in alcoholism is fundamentally psychological: soldiers in Vietnam used the heroin to stave off feelings of helplessness caused by the fighting. Once they returned to a normal environment — no more fighting — they felt back in control of their lives and found that they could quit easily. The stimulus causing helplessness was no longer there.

Dr. Dodes’s research and thinking is obviously very stimulating. But if you have been arrested for Los Angeles DUI, you have more serious, practical considerations than understanding the nature of addiction. To that end, consider calling former Senior Deputy District Attorney Michael Kraut of the Kraut Law Group today for a free consultation about your case.