Blood alcohol content serves as a determining factor when police decide whether or not to charge someone with DUI in Los Angeles. If a breathalyzer and/or blood test shows a reading of .08 or higher, the driver will likely face a charge of driving under the influence. 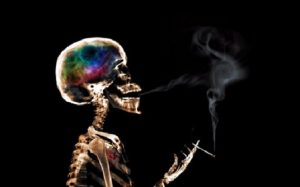 But a May 10th article in the Washington Post highlights the subtle challenges of evaluating whether or not a driver is operating under the influence of marijuana. Pot doesn’t show up in a breathalyzer test, and measuring the THC content in the blood doesn’t give an accurate picture of whether or not someone can drive safely.

The AAA Foundation for Traffic Safety recommends that states take a different approach. Instead of setting legal limits for THC in the bloodstream, states should train certain police officers for certification as drug recognition experts (DRE). Then, when a DUI suspect shows signs of marijuana use, these specially trained officers would conduct an hour-long series of tests to confirm (or refute) that suspicion. Only then would they administer a blood test to determine the level of THC content in the suspect’s bloodstream.

The AAA Foundation also looked at how the legalization of recreational marijuana has impacted DUI driving in Washington State. In 2013, before legalization, just eight percent of drivers in fatal crashes tested positive for marijuana use. That number rose to 17 percent in 2014. A representative of the AAA Foundation said the findings indicate that recent marijuana use is a growing contributing factor in traffic crashes that kill people.

California’s Vehicle Code 23152 (e) makes driving under the influence of marijuana illegal, but the code does not define any level of THC in the bloodstream as indicative of DUI impairment. Prosecutors use police officers’ observations, the results of field sobriety tests, the presence of marijuana in a vehicle and similar evidence to make their cases.