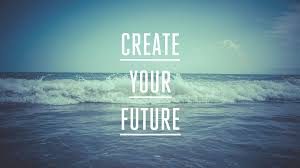 The impact of a DUI actually begins before conviction, from the moment of arrest. Here’s what you can expect if you find yourself in this situation.

• Immediate suspension of license. The officer will confiscate your driver license at the time of arrest, possibly issuing you a 30-day temporary license in the interim. You have 10 days to request a hearing with the DMV for reinstatement of your license, if you believe there was not just cause. If you are convicted, the suspension will last at least 4 months (12 months if you refused blood alcohol testing). In certain cases, you may be provided restricted driving privileges that allow you to drive to and from work, but be prepared to face hardship if you have a commute.

For subsequent DUI convictions, your license may be revoked for up to 2-4 years.

• Fines and penalties. A first-time conviction generally costs between $1500 and $2000 in combined fines; these fines increase with subsequent convictions.

Once you have dealt with the initial consequences of a DUI conviction, you now must deal with the ongoing effects, which can alter your life and routine. You can look forward to the following:

• Probation. For a first offense, you’ll be sentenced to 3-5 years of probation. You will be in violation of your probation if you are caught driving with any measurable alcohol in your system (not just the legal limit) or if you refuse to take a sobriety test at an officer’s request. Violating probation can land you in jail.

• A mandatory alcohol awareness and/or treatment program. This program may last between 3-5 months and cost at least $500 to complete. Failing to complete this course can hold up reinstatement of your driver’s license indefinitely.

• A police record. A misdemeanor DUI conviction can stay on your public record for up to 10 years, visible to anyone who runs a background check on you.

Up to now, we’ve only discussed the penalties and consequences associated with a DUI conviction in Los Angeles. Let’s now turn our attention to how these consequences can affect your personal and professional life.

• Loss of freedom. Even if you spend no time in jail, your personal freedom will be restricted for the subsequent months and years between the suspension of your license and your probation. After your initial 4-month license suspension is complete, your driving privileges may be restricted to work commutes and travel to/from your alcohol treatment program for another 5 months. During your probation, you’ll have to check in regularly with your probation officer, and you must notify the authorities any time you plan to leave the state. If this is not your first DUI offense, you may also be required to install an “interlock” device on your car—a device that locks the ignition if it detects alcohol on your breath.

• Insurance difficulties. Your insurance premiums may double or triple in the aftermath of a DUI, and in some cases the insurance company may cancel your policy. If you drive as part of your job, your company policy may also refuse to cover you, making it very difficult, if not impossible, to fulfill your job.

• Employment difficulties. At the very least, your arrest, jail time, community service and court dates can significantly interfere with your ability to perform your duties at work—not to mention the complications with your commute. These consequences frequently result in punitive action from an employer, including termination.

• Difficulties getting re-hired. If you do lose your job, expect some challenges getting another one. Employers often run background checks, and many companies have a policy of not hiring people with a criminal record. If you drive for a living and have a CDL, you may have to consider switching careers, as your DUI will remain on your commercial driving record for at least 10 years.

• Education difficulties. Applying for college or a scholarship? Be prepared for some problems here, too. Many college entrance applications ask if you’ve been convicted of a crime, and many scholarship programs will disqualify you because of a DUI offense.

• Possible civil lawsuits. If your DUI caused injury to others, you may face civil lawsuits in addition to criminal charges. These lawsuits may result in significant fines if the court rules against you.

The list above represents only a few of the ways that a DUI conviction in Los Angeles can have deep and lasting effects on your future. If you have been charged with DUI and need an experienced attorney to represent your interests, we are here to help. Call our offices today to learn more.