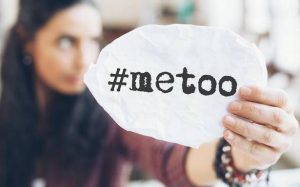 One of two stories to show up in the news just over the past couple weeks, the New York Post reports that Steven Wright, a starting pitcher for the Boston Red Sox, was arrested on Friday, December 8, and charged with domestic assault against his wife. He has since been released from jail; Major League Baseball is conducting its own investigation.

The family’s lawyer released a statement to NBC Sports effectively denying that Wright made physical contact with his wife. “On Friday night, Steven was arrested at our home following a verbal argument,” the statement says, “and the police charged him with domestic assault. Although he said things he deeply regrets, he did not raise his hand at anyone during the incident, and the situation was purely emotional.”

Key takeaways: Wright is hardly the first professional athlete to be charged with domestic violence. In fact, in 2015, Vice counted at least 44 NFL players who had been accused of physical and/or sexual assault in recent years. This trend may point to a systemic problem within professional sports where a combination of fame, entitlement and lack of self-restraint may be enabling increased acts of aggression—an issue we’re likely to continue hearing about in the coming months and years.

Track Palin Charged with Assault on His Father

Also recently in the news, Sarah Palin’s son Track, 28, was arrested over the weekend of December 16 over a physical altercation with his father, as reported by Time and other news outlets. He was arraigned on Sunday, December 17, on multiple charges connected to domestic violence, including fourth-degree assault, felony burglary and criminal mischief.

According to court documents, the altercation stemmed from his father’s refusal to lend him the family truck. Track also allegedly referred to police on the scene as “peasants” and initially demanded they abandon weapons before communicating with him. Sarah Palin’s explanation was that her son “was on some type of medication.”

This was not Track’s first run-in with the law for domestic violence; in early 2016, he was arrested and charged with domestic violence assault involving a female, as well as possession of a weapon while intoxicated. At that time, Sarah Palin attributed her son’s behavior to PTSD after serving in the military.

Key takeaways: Domestic violence doesn’t just encompass disputes between romantic partners. It can also include altercations with other family members, friends and/or houseguests, and may be met with the same types of charges.

One of the most jarring stories of 2017—in fact, one of several terrifying reports of mass shootings this year—has ties to an unabated history of domestic violence.

Only in the aftermath of the shooting was it discovered that the incident may have been tied to a domestic dispute. As the Houston Chronicle reports, Kelley had a turbulent history of domestic violence, including having been thrown out of the Air Force for assaulting his then-wife and stepson. His second wife, also allegedly a victim of his abuse, had grown up in that church, and her family still attended there.

Prior to the shooting, Kelley had sent several threatening texts to his mother-in-law. (She was not in attendance the day of the shooting.)

Key takeaways: The Sutherland Springs shooting has cast a new spotlight on an apparent connection between mass shootings and domestic violence—a trend reinforced by yet another recent mass shooting event in Northern California by Kevin Neal, who began his shooting spree by killing his wife.

As NPR reports, while only 10 percent of domestic violence incidents involve guns, more than half of all mass shootings over the past 7 years can be directly tied to domestic violence. This disturbing trend suggests, among other things, that the dangers of domestic violence can extend well beyond the home, and if the impulses that cause violence at home are not dealt with, it may lead to more widespread violence.

We close with a brighter bit of news. While not widely known yet nonetheless less important, Huffington Post reported that two abuse prevention organizations—Joyful Heart Foundation and A CALL TO MEN—have teamed up in the wake of the #metoo movement, to launch the #IWILLSPEAKUP campaign. This movement encourages men to break their own silence in calling out acts of violence and harassment against women and showing support for survivors of these actions. The movement has produced a PSA featuring prominent Hollywood actors that include names like Daniel Dae-Kim, Blair Underwood, Tate Donovan and others.

Key takeaways: One important way to curb the tide of domestic violence is to actively model the opposite. Since majority of victims are women, men can play a powerful role in exposing the problem and demanding more accountability and change.

If you have been arrested and/or charged with domestic violence, our legal team can support you through the process. Give our office a call for more information.